Exeter City claimed a place in the Fourth Round of the Vitality Women's F A Cup and a trip to play West Bromwich Albion in the New Year after a fine 3 0 away win at Southampton Women.

Two well taken Connie Pengelly goals gave the Devon side an interval lead which was extended soon after the restart by Sarah Stacey's header and , hard though the hosts tried to get back into the tie, Exeter deserved their victory, a ninth successive win in all competitions.

Southampton started brightly but the first real chance came from an Exeter corner when a Mollie Taylor effort was cleared off the line by Lauren Cheshire on 16 minutes. Stacey then went close twice before Southampton's first good effort on goal. a Kiera Heslam free kick which flew just over on 26 minutes.

Exeter took the lead from a low Taylor cross from the right swept home on the run by Pengelly on 34 minutes. A Heslam free kick nearly led to an equaliser but a far post Britt Jeal header flew inches wide.

The visitors doubled their lead on 45 minutes when Pengelly latched on to a through ball to finish low past Ellie Parker. Any hope of a big start to the second half by Southampton were soon dashed as Pengelly turned provider with a corner met by a looping header from Stacey for a crucial third on 48 minutes.

Pengelly rattled the bar with a lovely turn and curling 15-yard effort on 57 minutes but Southampton began to dominate as they tried to rescue the tie. Abbi Bond in the Exeter goal had to be quick off her line on two occasions whilst Jaydee Seaman cleared another effort off the line,

The best chance of a home goal fell to sub Hannah Samuels after Sian Wylie had gone round Bond on 79 minutes but the shot flew over. Exeter saw out the match with some comfort to claim a Fourth Round spot after a very impressive team effort, solid in defence and always dangerous going forward.

The result may have gone against them but the host club worked very hard to make a special occasion of the match at their Arlebury Park home, welcoming every spectator with festive food, drink and gifts for young attendees. However, it was the sizeable away support who were celebrating with their team after a job well done. 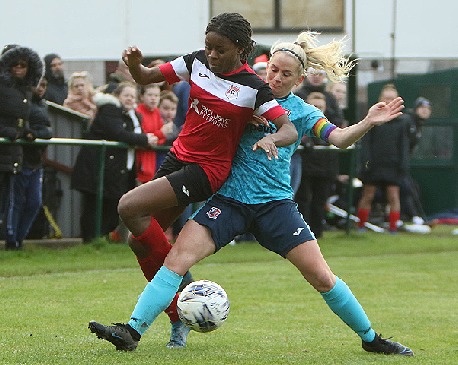 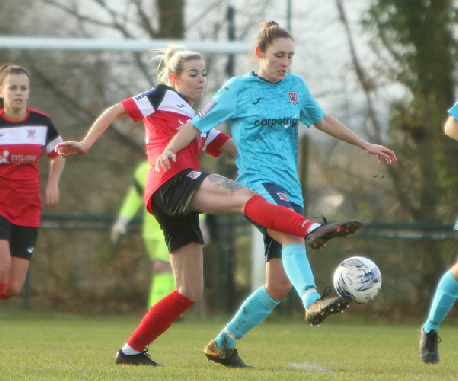 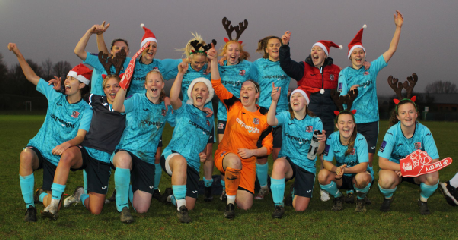