The meeting of the top two in Hampshire County League Division One went the way of hosts Rushmoor Community Women with a single goal victory over Bournemouth Sports Reserves.

In a tight encounter notable for excellent work by both defences and goalkeepers, clear chances were at a premium and it took a set piece to separate the teams, a 78th minute  Gemma Bennett header from a well flighted corner making the difference.

Rushmoor dominated the early stages, moving the ball crisply and stretching the Sports defence especially through Lisa Cooper on the left but the final ball was usually well covered and keeper  Sarah Hillier was quick off her line to claim through passes on several occasions.

The visitors were initially restricted to occasional counter attacks but actually created the best chance to open the scoring when Sarah Plummer broke clear of the home defence and bore down on Emma Henshaw's goal. It took a fine double save from the home keeper to deny Sports the first goal on 41 minutes.

Bournemouth Sports posed a much more consistent threat after the break as both sides enjoyed spells of dominance in a high tempo and finely balanced encounter, Henshaw saved well from a powerful shot from Demi Curtin on 56 minutes whilst Lou Lloyd set up a good chance for Rushmoor's Jess Boyd on 65 minutes.

Corners for both sides had been well delivered and it was unsurprising that the match was settled by a delivery met at the front post by a firm header by defender Bennett with 78 minutes gone.

Bournemouth poured forward in search of an equaliser, pinning the hosts in their own area for much of the final ten minutes. Inevitably a late chance was created and once again Henshaw came out on top when Plummer got free again and fired in a low shot on 86 minutes.

Really solid defending saw Rushmoor over the line after a excellent contest which was a credit to both teams and their respective coaches for the commitment and organisation on display. 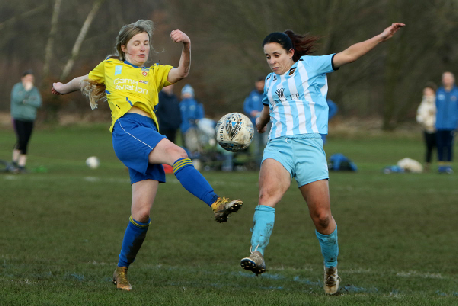 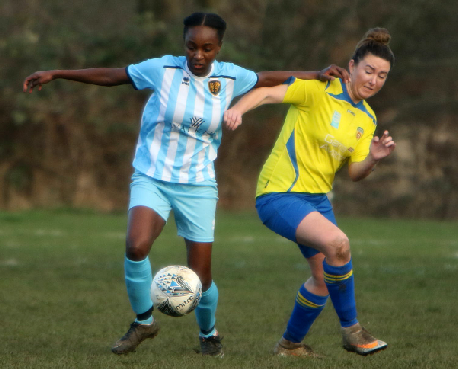