Glasgow City are delighted to announce the signing of Scotland international Abbi Grant on loan from Leicester City until the end of the season.

Grant joins the club for her third spell having previously featured for City in 2013-15 and 2017-18 where she left to join Belgian side, Anderlecht, and helped them win the Belgian Super League.

The forward has scored 67 goals for City across her two spells and played over 100 matches for the club along with winning four Scottish Women’s Premier League titles, two Scottish Cups and an SWPL Cup. Grant was also the first Glasgow City player to win the SWPL Player of the Month award twice.

The Scotland international has seven caps to her name and scored in her last two appearances for the National Team at the Pinatar Cup in 2020.

Abbi Grant said: “Glasgow City has always felt like home to me having achieved so much here previously. Having spent the past few seasons in the WSL, it is an amazing feeling to come back to this club and I cannot wait to use my experience to help the club achieve their aspirations for this season. For me personally this is a great opportunity to help the team continue to win games and hopefully trophies at the end of the season.“

Head Coach Eileen Gleeson commented: “We are delighted to welcome Abbi back to Glasgow City FC. Abbi is a dynamic forward player, she will be a great addition to our team and with her knowledge and experience of Scottish Women’s football we have no doubt that Abbi can have an immediate impact.” 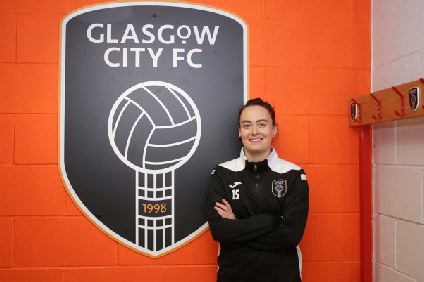