Logan will be part of the 26-strong squad who will compete in this year’s Pinatar Cup, with the players set to travel on Monday for a 10-day camp.

Celtic captain Kelly Clark is also named in the squad whilst Rangers midfielder Samantha Kerr  has received a call up.

The competitive action and warm-weather training will be the perfect preparation for April’s World Cup qualification double-header against Ukraine and Spain.

In a new-look, eight-team format, the winner of that tie will take on whoever comes out on top between Slovakia and Belgium, with the competition then splitting into two different ‘gold medal’ and ‘consolation’ paths, which guarantees another game against Russia, Poland, Republic of Ireland or Hungary.

Scotland are next in action on home soil in their World Cup qualifier against Spain on Tuesday 12th April. 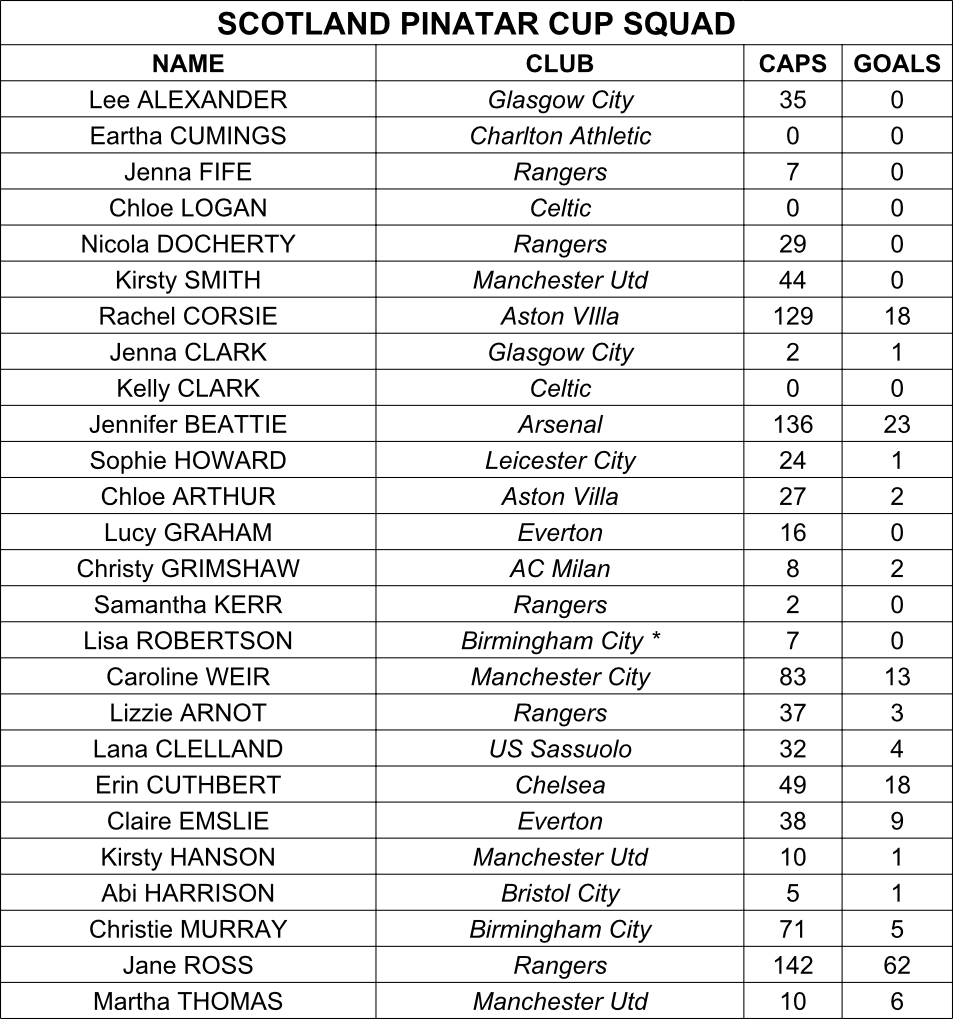