Wales manager Gemma Grainger has announced a 26-player squad for the 2022 Pinatar Cup.

Her side have entered the tournament for the first time and will face Scotland in the opening match on Wednesday 16th February. The tournament is a knockout format, but placement matches will guarantee three fixtures for every team. Wales’ second match will be against either Belgium or Slovakia, on Saturday 19th February, before a third match against either Russia, Poland, Republic of Ireland, Hungary on Tuesday 22nd February.

Grainger will look to build on the momentum of a strong start to the 2023 FIFA World Cup campaign, where Wales currently sit second in the Qualifying Round group. Sophie Ingle, Jessica Fishlock and Natasha Harding are among the regulars selected for Pinatar, while Rachel Rowe returns to the squad having missed matches in the October and November international windows due to injury.

There may also be milestones to celebrate during the tournament, with Helen Ward and Laura O’Sullivan on 97 and 49 caps respectively.

Following the Pinatar Cup, Cymru will return to World Cup qualifying action when they welcome France to Parc y Scarlets on Friday 8th April. Tickets go on sale on Wednesday 16th February, starting at only £2 (group bookings) and £4 (individual bookings) for kids, available at faw.cymru/tickets. 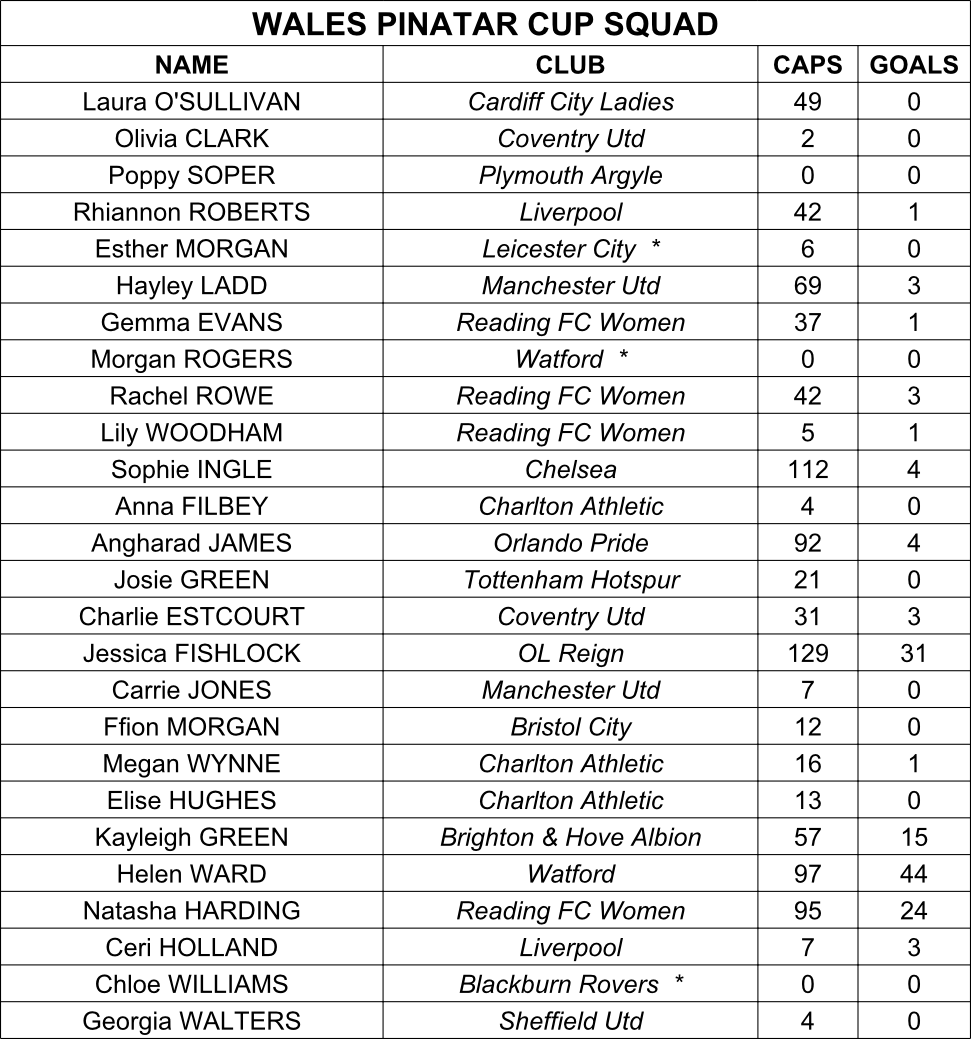