Fleetlands narrowed the gap at the top of Hampshire County League Division Three by beating leaders Basingstoke Town by six goals to one away from home.

A clinical display notched three in each half including a hat-trick for Sarah Butterworth against a Basingstoke side who previously had a 100 per cent league record.

The hosts got off to the best possible start by scoring with their first attack through Katie Randell, but amazingly the visitors replied with three of their own before the quarter hour had passed in a frantic opening.  Kiera Phelps equalised, then Butterworth scored directly from a corner to give Fleetlands an eleventh minute lead and added a third from close range.

In truth, Basingstoke attacked with good purpose for much of the rest of the half but were met by a resolute defence where every player made vital interceptions. Most of the Basingstoke shots were from distance and were safely held by Jade Kibell.

Basingstoke needed to get a goal back on the restart and they applied excellent pressure on the Fleetlands goal but Kibell made a string of fine saves, especially in a pair one on one situations with Chelsea Pennock as the home team started to create clearer chances.

It was the ‘Copter Women's skipper Chloe Dark who added to their lead with a superb effort on the hour. Picking the ball up on the left edge of the area, Dark cut back inside a defender before lashing a fierce shot past April-Rose Chariton.

Butterworth added a fifth with a solo breakaway run and calm finish for her hat-trick with fifteen minutes to go. Basingstoke continued to battle hard for some consolation to reward their efforts in difficult conditions but to no avail.

Instead, Barr added a sixth from another well played counter attack on 87 minutes and only a brave save by Charlton prevented a seventh in the final minute.

Basingstoke had beaten Fleetlands only three weeks ago in the reverse fixture so the extent of the turnaround was really surprising. They still have the upper hand despite this defeat however, being two points ahead of Fleetlands with a game in hand and five matches to play. 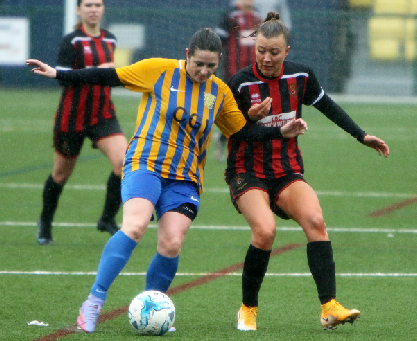 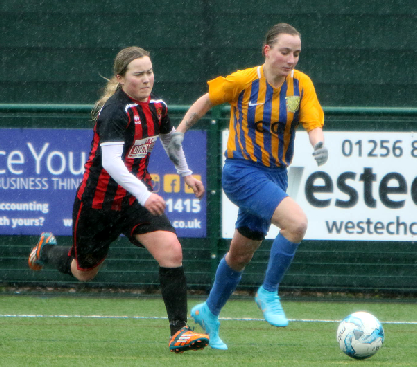 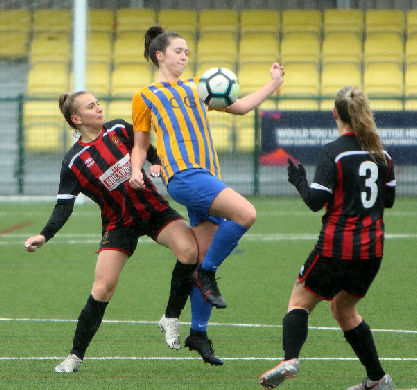