Durham Women have a decent record against WSL teams in cup ties in recent seasons and on Sunday, they will look to try and take another scalp when they play Birmingham City in the Fifth Round of the Vitality Women’s FA Cup.

The Wildcats have reached the quarter final stage on two occasions in the past - in 2018 and 2019 - and goalkeeper Naoisha McAloon is confident that home advantage will be a big boost for them against the Blues.

“It's going to be an exciting game,” she said. "It'll be a good test for us and we'll train hard this week and give it our all on Sunday.

"The FA Cup is always a great experience and as a team we're looking forward to getting out in front of the fans. They make such a huge difference.

"Just hearing them shouting and cheering us really pushes us on and helps us go that extra mile."

"I think it will be great to test ourselves against a side in the top division and see where we're at,” added Durham striker Bridget Galloway.

"The FA Cup is always a big one. It would be great to get into the next round and it's a great experience playing in the FA Cup.

"Birmingham will come fighting and I think it'll be a close game.

"The fans will play a massive part and as long as they come with all their chants at the weekend we'll be in a good place!" 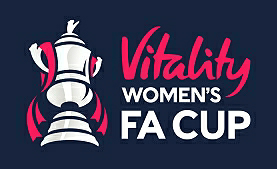