Cardiff City Women inflicted a first league defeat on Swansea City since October 2018 when they beat them 3-2 in the Genero Adran Premier on Sunday.

Siobhan Walsh captained the side to victory against the reigning Welsh champions and she told us that the result was obtained by an all round team performance, but also insisted that they will not be getting carried away by the result and have sights firmly set on Sunday’s Trophy semi final against Aberystwyth Town:

WSS:  Congratulations on a fantastic result on Sunday, is that one of the team's best results in its history so far?

SW: It is obviously a great result for us as a team against a Swansea side whose reputation speaks for itself. We will certainly enjoy the win and look to build on this result going forward.

WSS: Did it get nervy late on after Swansea pulled the two goals back?

SW: Personally, I didn’t. I felt we controlled the second half brilliantly and even when the second goal went in, we didn’t panic and I never thought we were going to lose. I’m sure some of our supporters watching may have felt differently!

WSS: Presumably there must have been a number of good performances from the players during the game, were there any in particular that stood out?

SW: I think every player was fantastic from Zoe Atkins leading the press up top to Ceryn Chamberlain in goal, especially in the conditions on the day. Everyone worked hard and played their part. But for me, Hollie Smith was a real stand out at right back. She was aggressive with her defence and didn’t give one of Swansea’s most threatening players a chance.

WSS: This week it's over to the League Cup semi finals and a trip to Aberystwyth Town. How determined is the team to go one better than last year, when you were beaten in the final?

SW: Every year we are looking to improve on the last, and winning silverware is a big part of our aim this year. We’re looking to bounce back from that final last year and go one step further.

WSS: You beat Aberystwyth 2-1 in the league last week, can you see that result having any bearing on this match?

SW: Obviously, having played them so recently, both teams are going to know what to expect. We know how organised they are as a team so it will be a case of how we can play our football and get the result. It’s up to us to break them down and impose our own style on the game.

WSS: The win on Sunday leaves you four points off the top in the league, having played two games more than leaders Swansea, can you still make a challenge for the title?

SW: We are just taking it game by game and not getting carried away. We want to finish Phase Two as high as possible and give the other teams a real challenge. The next game is always the most important.

WSS: You still have a largely young squad which is getting another year's experience in the top division, how far do you think this team is capable of going in the future?

SW: All the younger players are full of talent. They are improving game by game and growing in confidence the more experience they get. The future is bright for women’s football, in our team and many other teams across the Genero Adran Leagues.

WSS: This is also the first season of the Genero Adran League, how has it been progressing so far and can you see the standard continuing to improve over the next few years?

SW: I think the way the league has been set out this season has definitely improved the standard of teams we play against. I am glad that the women’s game is beginning to get more support through funding, social media and many other platforms. Hopefully, this will only continue to grow in coming years.

Our thanks to Siobhan! 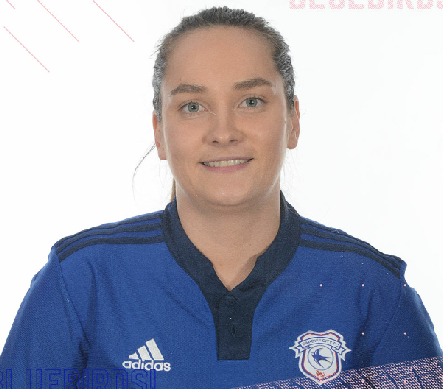