Rangers came through one of their biggest tests as they move closer towards the title, winning 3-0 against Celtic in their Old Firm clash.

Celtic had won when the sides met in the Scottish Cup two weeks earlier but this time it was Jane Ross who gave Rangers a tenth minute lead and after Brogan Hay had made it two early in the second half, Ross then scored her second to put the seal on a crucial win to leave matters firmly in their hands.

Glasgow City meanwhile kept their challenge going with a 2-1 victory over Hibernian. Colette Cavanagh put Hibs in front after seventeen minutes, with Priscilla Chinchilla equalising just before the half hour and Lauren Davidson scored the winner for City from the penalty spot with five minutes remaining.

Aberdeen continue to finish the season well and they are back in fifth place after they defeated Motherwell 5-1. It was Motherwell who took a second minute lead through Murron Cunningham but the Dons were soon back on level terms thanks to Chloe Gover and Loren Campbell put them in front just before half time. After the break, Francesca Ogilvie extended Aberdeen’s lead, before a quickfire double from Bayley Hutchison rounded off the win.

Spartans meanwhile picked up a precious win against Hamilton Academical, which means they are now four points above the bottom two. Alana Marshall scored the only goal of the game on the half hour to earn Spartans their third win of the season.

Partick Thistle emerged as 4-2 winners from their meeting with Hearts. The two teams had gone into the game level on points and an entertaining start saw them share four goals in the opening twenty minutes. Aimee Anderson gave Hearts an early lead and after Linzi Taylor and Demi-Lee Falconer both scored for Partick, Mariel Kaney levelled matters once again. Cheryl McCulloch put Thistle back in front early in the second half and they secured the points when Teigan McCann scored the fourth, eight minutes from time.

Dundee Utd’s title challenge in SWPL 2 was boosted without them playing on Sunday, as second placed Glasgow Women were beaten 2-0 by Stirling University. Mariluz Sanchez gave Stirling a first half lead and Jaya Wilson added the second to ensure a result which takes their side off the bottom of the table.

Queen’s Park are back on the bottom despite picking up a useful point from a 2-2 draw against Kilmarnock. Monica Harty gave Killie a first half lead, which they held until the hour mark when Nicole Cairney brought the Spiders back on level terms. Alex Middleton put Kilmarnock back in front but once again, Queen’s Park came up with a reply and Ellie Kane earned them a share of the spoils when she scored a late goal from the penalty spot.

On Wednesday night, Glasgow City went back to the top of SWPL 1 with a stunning 10-1 win against Aberdeen. Tyler Dodds scored four times and Kerry Beattie hit a hat-trick, along with Priscilla Chinchilla (2) and Jenna Clark.

In SWPL 2, Dundee Utd defeated Boroughmuir Thistle 4-0 to go fifteen points clear at the top of the table. 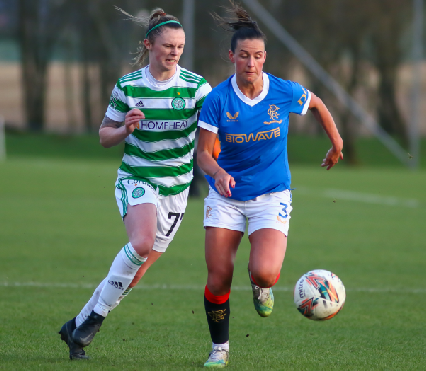 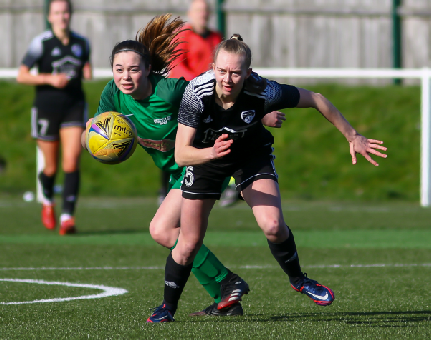