A late Goring equaliser could not halt the celebrations of the runaway leaders after a fine battle against their closest rivals. The match was a fiercely contested affair, fittingly for the top two teams in the league, with many fine individual performances and both teams defending well.

Goring, playing with the strong breeze, started well and were soon testing the S4K defence with Grace Dollery on the right a constant threat. The home team played their way into the match by using the speed and skill of Kiah Owen and Charisse Treager to run on to through passes. Goring keeper Amy Batkin was quick off her line and handled well but chances started to come. the best falling to Treager who lifted a snap shot over the bar on 28 minutes.

At the other end, Goring went close to opening the scoring when a shot from a low corner by Sophie Turnbull on 35 minutes was scrambled clear off the line. An even half finished all square.

On the restart S4K took charge and it was no surprise when they found the net on 55 minutes. The goal was beautifully taken by Grace Belstone running on to a through ball before striking high past the advancing Batkin.

The goal seemed to spur the champions elect on and they played with some real purpose and fluency for a long period. winning the ball back early and using Claudia Perequito on the right to cross and take corners to good effect. A series of chances came and went with the woodwork rattled twice and several near misses and good saves to prevent a second S4K goal.

Goring battled hard and rode their luck then, with almost their first meaningful attack of the half on 88 minutes, got an equaliser. It was a very well crafted goal with Josie Marden played in through the middle to finish low past Michaela Mulvey.

Any disappointment at the final whistle for the home team was soon dispelled by the realisation that the point gained had put them beyond all possible challengers for the Division Three South title after an outstanding season and celebrations began! 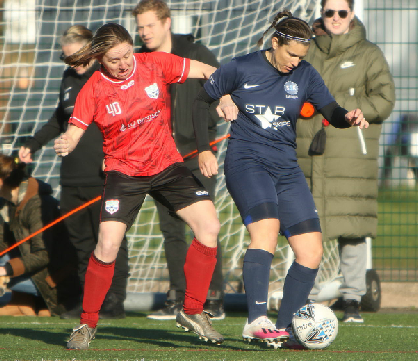 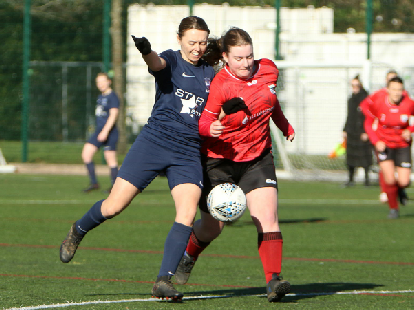 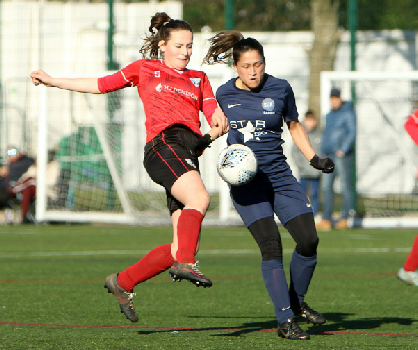 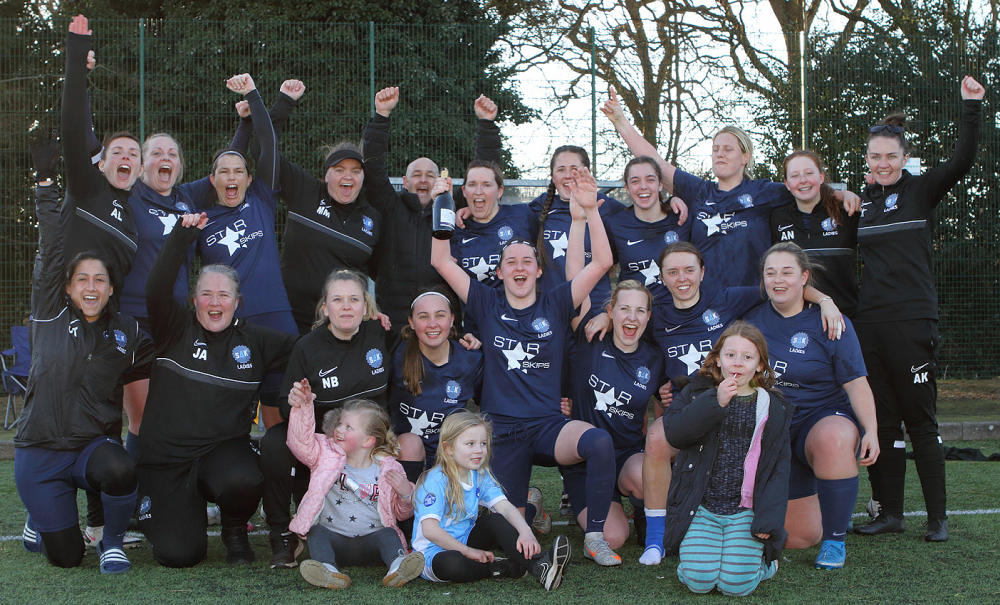