Over 90,000 girls from schools across England joined in with the FA and Barclays’ inaugural Biggest Ever Football Session as part of The FA’s Let Girls Play campaign.

Taking place the day after International Women’s Day, the nationwide sessions raised awareness of the importance of unlocking equal opportunities for girls to participate in football in schools.

A record 1,450 primary and secondary schools united to take part in the sessions, affirming their commitment to providing girls with equal access to football. With the support of The FA’s delivery partner, Youth Sport Trust, the schools were provided with resources from the England Football Physical Education team to deliver the bespoke sessions throughout the day. Teachers hosted festivals before school tournaments and joined up with other schools to bring together girls who share the same passion: to play football.

The Biggest Ever Football Session is part of the Let Girls Play campaign which launched last year to support The FA’s strategic ambition for equal access. The campaign is backed by Barclays as part of their record-breaking investment in women and girls’ football and commitment to the game. The majority of schools who hosted a session are part of the Barclays Girls' Football School Partnerships, a programme run by Barclays and The FA which aims to influence key decision makers within schools and support the training of teachers to make this ambition a reality.

The FA’s Head of Development Louise Gear, who attended a session at Gorse Hill Primary School in Manchester, said: “To see that over 90,000 girls have taken part in our Let Girls Play Biggest Ever Football Session has filled me with immense pride. We launched our strategic ambition and Let Girls Play campaign to raise awareness of the importance of providing girls with equal access to football and seeing so many schools unite on this across the country is fantastic. With it being such a huge year for women’s football in this country, more girls than ever will feel inspired to play football and The FA and Barclays want to play an important part in that. We want to thank everyone who took part in the day and joined us in our commitment to unlocking equal pathways.”

Former England International and Barclays football ambassador Kelly Smith, MBE, who attended a session at Oakington Primary School in London, added: “It was a privilege to visit Oakington Primary School and see the Let Girls Play campaign in action. Seeing so many girls unite to celebrate their love of the game and desire to play football was really special. There were nearly 200 girls taking part at this school which was amazing. Moments like this make me extremely proud to be part of such an important campaign and event that The FA and Barclays have created.”

Lisa Bates head teacher at Gorse Hill Primary School, one of the schools taking part in the campaign, added: “We’re so thrilled to have taken part in the Let Girls Play Biggest Ever Football Session and do our part for providing girls with equal access to football in schools. The girls were so excited to be part of the session and knowing thousands of other girls were doing the same across the country made it even more special. We’ve seen first hand the benefits of children playing football from an early age, not just physically, but mentally too so it was important for us to be part of this momentous occasion.”

To find out more about the campaign and see how you can help make a difference to giving girls equal access to football in schools, go to www.englandfootball.com/LetGirlsPlay. To join the movement via social media, follow Facebook, Instagram and Twitter using #LetGirlsPlay. 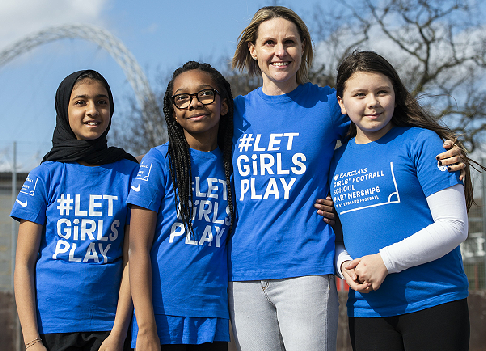 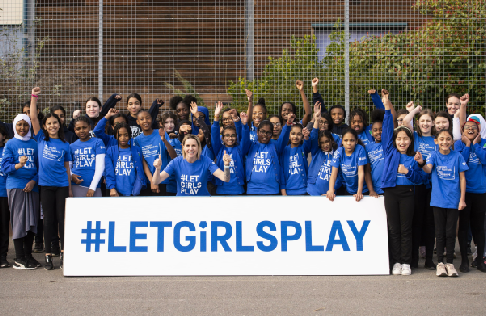 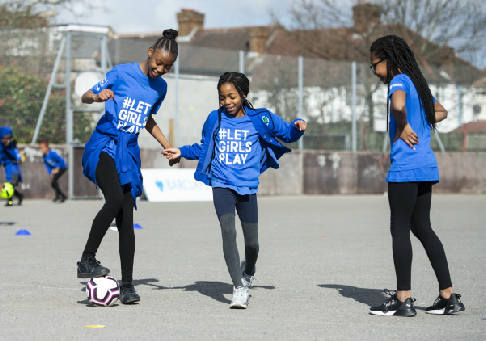