Moneyfields clinched the Southern Region Premier Division title with a 6-0 win at Woodley United to earn a place in the FA Women’s National League after a superb league campaign.

A spirited Woodley team played with great heart and commitment throughout but the quality of the Moneys squad and their desire to take the title were too strong,

Woodley had the first effort on target as Lauren Sayler saved from Maddie Sawyer's low shot but the majority of play was at the other end as Moneyfields sought a breakthrough.

In fact it took 42 minutes for the visitors to take the lead as a combination of fine goalkeeping by Sophie Measham, really strong defending and near misses kept the champions elect at bay. Charley Wilson was closest with a super volley against the underside of the bar but it took a Kim Whitcombe free kick to break the deadlock. A low curling effort from wide left evaded everyone to reach the fsr corner.

Whitcombe then turned provider with a cross from the goaline which Kayleigh Tonks converted with a fine far post header for a crucial second right on half time .

Whitcombe added the third shortly after the restart with another powerful shot from the edge of the area and completed her hat trick with an inswinging corner delivery just after the hour. The visitors gave their strong bench some game time in the final half hour as they kept up relentless pressure on the Woodley defence.

‘Keeper Measham nade a trio of fine saves, the pick of which was an acrobatic leap to her left to claw away an Ellie Bloomfield drive but the Moneys midfielder was not to be denied as another 20 yard drive flew high into the net on 77 minutes.

Sheree Bell-Jack converted a close range effort in the dying minutes to put the icing on the cake for the champions. With 14 wins and 2 draws, Moneyfields had seen off the strong challenge of Abingdon United and clinched the title after two curtailed seasons of frustration and the celebrations were rightly long and joyous at the final whistle.

Kim Whitcombe under the watchful eye of 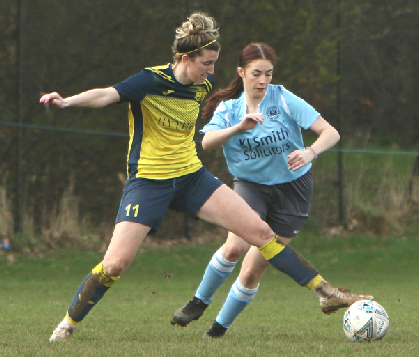 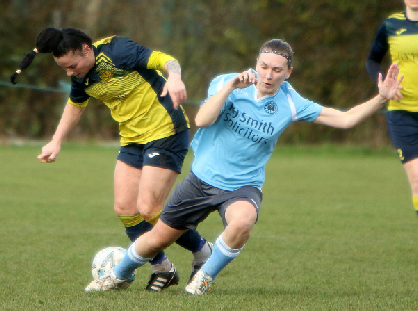 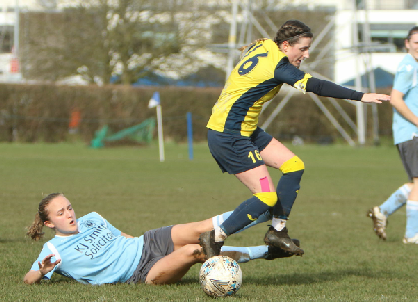 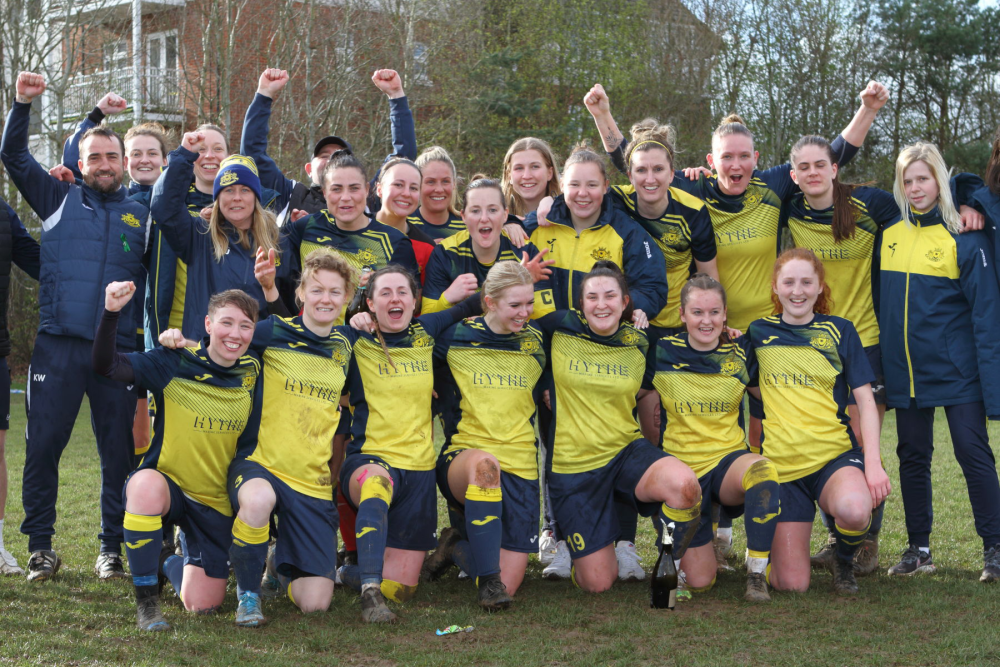