Three first half goals saw Arsenal to a 3-0 victory away to Brighton & Hove Albion, which preserves their five point lead at the top of the Barclays FA WSL. Stina Blackstenius put the Gunners in front just before the half hour mark and after Beth Mead had made it two seven minutes later, Blackstenius completed the scoring with her second, shortly before half time.

Chelsea meanwhile left it late to keep up the pressure on Arsenal in second place. The Blues came up against tough resistance from Aston Villa, whose goalkeeper Hannah Hampton was in fine form, but as the game went into injury time, Sam Kerr popped up with a vital winning goal for a 1-0 victory which keeps her side’s title challenge firmly on course.

Manchester Utd kept hold on third spot as they won 3-1 at Reading FC Women on Saturday morning. Leah Galton fired United ahead with five minutes played and after Reading had equalised through Deanna Rose shortly afterwards, Galton restored United’s lead with her second goal and Alessia Russo sealed the result by netting the third, two minutes ahead of half time.

Manchester City maintained their good run of form with a 1-0 success away to Tottenham Hotspur, which moves them to within two points of their opponents. Caroline Weir has been at the forefront of City’s recent results and once again the Scottish international came up with a vital strike for her side, scoring the only goal of the game after 64 minutes.

A goal just before half time returned West Ham Utd to the top half of the table and gave further frustration to Birmingham City. Adriana Leon gave the Hammers a 1-0 victory which moves them back up two places.

Everton are edging their way back up the table and are out of the bottom three following their 3-2 success against Leicester City. Jemma Purfield’s early strike for Leicester was cancelled out by Toni Duggan and after Anna Anvegard had put Everton ahead for the first time, Sam Tierney equalised just ahead of the interval. Anvegard netted a second goal, seven minutes into the second half, and this proved to be just enough to earn the Toffees a fifth league win of the season.

On Wednesday night, goals from Sam Kerr, Guro Reiten and Erin Cuthbert gave Chelsea a 3-0 win at Everton which sees them narrow the gap on Arsenal to two points. Grace Fisk scored an injury time equaliser for West Ham Utd as they drew 1-1 with Manchester Utd, who had earlier led through Ella Toone, whilst Manchester City closed the gap on United to two points as they beat Reading FC Women 2-0, with goals from Demi Stokes and Lauren Hemp. 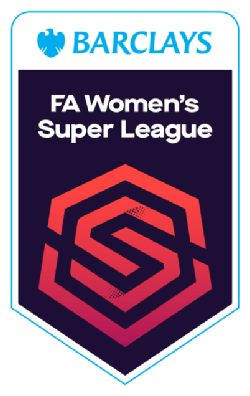