Coventry United will play one of the biggest matches in their history on Friday night, when they take on Arsenal in the quarter finals of the Vitalty Women’s FA Cup.

The last surviving Championship team in the competition will have a chance to put some troubled months behind them and take on the Barclays FA WSL leaders for a place in the last four.

"I'm excited, what a draw for us," smiled vice captain Natalie Johnson. "I've never played them in my career so I'm excited.

"With the form we've been in - we've been four games unbeaten - we've got a bit of momentum, the group's feeling good and we're excited, so hopefully we'll give Arsenal a good game."

Head coach Jo Potter, who played for Arsenal during her career, added: "We're preparing well, looking forward to the spectacle and going down there and playing in an FA Cup quarter final, which a lot of these women have never done before.

"We definitely know we are going to know a lot more about them than they're going to know about us, so that's in our favour. We're coming off the back of four good results and two clean sheets, so we're in good shape going into this game and we want to enjoy it." 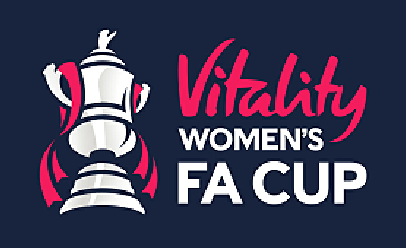