Earlier this month, Woodspring Women marked their first ever season in senior women’s football by landing the Division Three title in the Somerset County Women’s League and the Nailsea-based team have made huge steps in a short space of time.

Woodspring Women were founded this year by their manager Ian Ridge to give more football opportunities to local girls, with the aim being to have fun and not finish bottom.

Things got off to a rocky start, losing their opening two games, conceding four in both matches. However, a narrow win against Burnham kick started their season, where they would go on to win an incredible ten games in a row in their debut season.

The best performance of that run came against Paulton Rovers Development who beat them 4-0 in their second game, but Woodspring turned the tables winning 4-1 with Joana Lasso dominating the game from midfield.

The decisive moment came against second place Cheddar.  A win for Cheddar would have meant they could leapfrog Woodspring at the top, whereas a Woodspring win would not only have kept them top but would win them promotion too. The game ended 2-0 to Woodspring with Alex Sims and Leah Bettison getting the goals.

A few weeks later the Championship was confirmed in style, winning 12-1 against Crewkerne Rangersr with a hat-trick of players getting hat-tricks, to clinch the title in style. Not only have Woodspring finished top of the league, but Lauren Malone finished top of the goalscoring charts and Page Bailey was the league’s assist leader too.

With one game to go before captain Zoe Gissing gets her hands on the trophy,  the players and management still can’t believe how quickly this group of strangers have come together both on and off the pitch.

A special mention goes to the work that Carina Smith has done in setting up the club and Maddy Allen’s admin and social media skills, who without, none of this would have been possible. 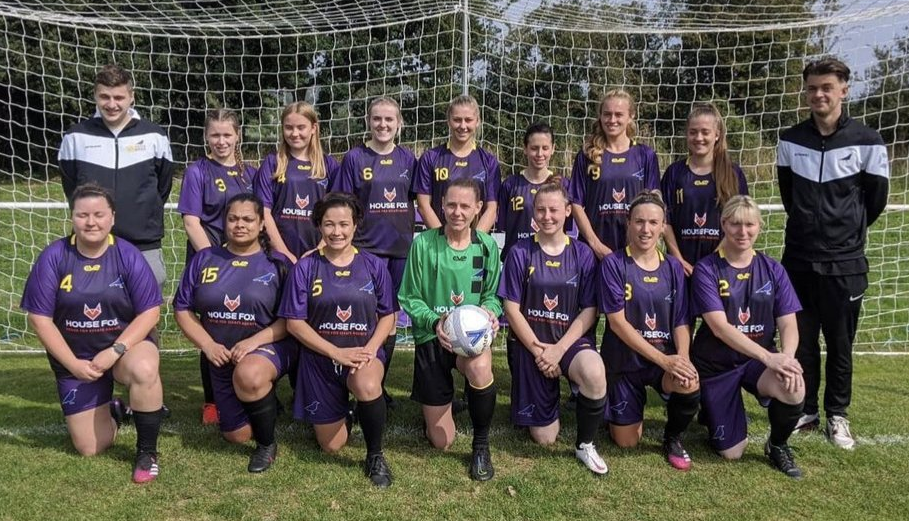