Wolverhampton Wanderers had a great day on Sunday as they won 4-0 away to Middlesbrough to stretch their lead at the top of the FAWNL Northern Premiuer Division to six points.

Anna Price has played a major role in Wolves’ success so far this season and, whilst describing the team’s performance against an in-form Middlesbrough side as “professional”, she also insisted that they are only concentrating on the next match instead of what may lie further ahead:

WSS: A good win for you on Sunday at Middlesbrough, how pleasing has the reaction been to what had been your first defeat a couple of weeks earlier?

AP: After a long trip up it was great to come away with all three points. We take each week as it comes, it was a professional performance to execute the game plan.

WSS: Middlesbrough have been in good form in recent weeks but you hit them with early goals, was it a plan to take the game to them from the start?

AP: We knew it would be a tough game following on from their recent form. In training we have been working on our creativity, and with the quality we have in our strikers we were ruthless in front of goal.

WSS: With Derby losing and Fylde drawing, the league table is looking good for you right now but are you not thinking about the title at this stage?

AP: We just have to concentrate on ourselves. Taking each game as it comes. We can only control our team’s performance.

WSS: The next game for you is against Sheffield FC this week, what kind of match are you expecting against them?

AP: It's always difficult to play against teams that have nothing to lose, every game is a tough game for us and we prepare for each one exactly the same.

WSS: You have made a number of signings to strengthen the squad since last summer, how significant to your title challenge have some of them been?

AP: Everyone in the squad has played their part in the season and the players coming in this season have added strength and depth to Wolves, which was already a strong group of players. Bringing in some players from a Championship club is only going to add quality especially and I think it has made a difference in the final third.

WSS: Wolves Women are one of the long running women's football teams in the country but if you can make it into the Championship, do you think it would go down as the club's best ever achievement?

AP: All we are thinking about at the moment is each game ahead of us, one at a time. We can't get ahead of ourselves. Our aim is to finish the league in the best position possible and then we will set our next set of targets.

Our thanks to Anna! 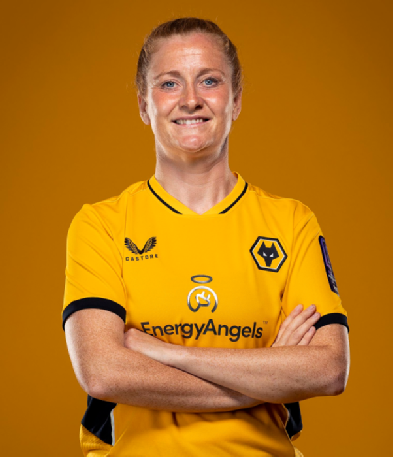