Girls across Wales are being encouraged to kick start a lifelong love of football through a ground-breaking Playmakers football programme from UEFA and Disney.

Targeting 5-8 year-old girls not currently playing football, Wales is joining UEFA in committing to roll out Playmakers through primary schools, and local communities. Unlike traditional football programmes, each of Playmaker’s ten initial training sessions follow the narrative of billion-dollar global box office smash hits like Disney’s Frozen II and Disney and Pixar’s Incredibles 2. Equipped with footballs, bibs and cones, trained teachers encourage participants to play the roles of popular characters, such as Elastigirl and Elsa and Anna, bringing the films’ action scenes to life through movement, teamwork and their imagination.

FAW Head of Women and Girls Football, Lowri Roberts explained: “Our women’s football strategy Our Wales: For Her is based on our vision to inspire confidence in women and girls to be their best self, and confidence is certainly something we see in abundance in these young girls participating in today’s launch event at Thornhill primary school. Disney Playmakers is the innovative initiative we need to get new girls into the game and ensure their first experience in the game is a positive one filled with fun and smiles!”

In its early sessions, Playmakers focuses on building girls’ confidence in their movement, encouraging creative thinking and communicating easily with their friends. Later sessions introduce girls to basic football skills, but the programme continues to put the emphasis on making sport fun.

Emma Salmoni, Teacher Ambassador (Thornhill Primary School), said: “I love football and have always wanted to encourage young girls into the game, I’ve never felt confident enough to coach a team and the Disney Playmakers training really helped develop my confidence to deliver a fun football programme for the girls in Thornhill primary school and ensure that we were providing just as many opportunities for the girls as we were the boys. Nearly every girl in year 3 is attending the session weekly.”

Playmakers represents a first step toward achieving one of the main goals of “Time for Action” the UEFA Women’s Football Strategy – to double girls’ and women’s participation in football by 2024.

“If you’re going to teach football through the power of storytelling and play, you have to do it with the best stories and characters in the world, and Disney is the perfect partner for this,” said Nadine Kessler, UEFA Chief of Women’s Football.

“It is UEFA’s duty as European football’s governing body to empower girls to play the game,” added UEFA President Aleksander Čeferin. “Through this partnership with Disney, we will open up football to an audience not yet engaged with our sport.”

The FAW Trust will be working with primary schools to deliver the programme across the country. During the Winter Term 2021, 13 schools successfully took part in a programme pilot across Wrexham and Cardiff. In addition to this, The FAW Trust are also excited to announce that 26 NEW schools have completed their training, resulting in 39 schools delivering UEFA Disney Playmakers across Wales in Year One of delivery.

Schools and Local Authorities can express an interest in joining the programme by contacting National Girls Participation and Engagement Manager, Bethan Woolley on bethan@fawtrust.cymru. 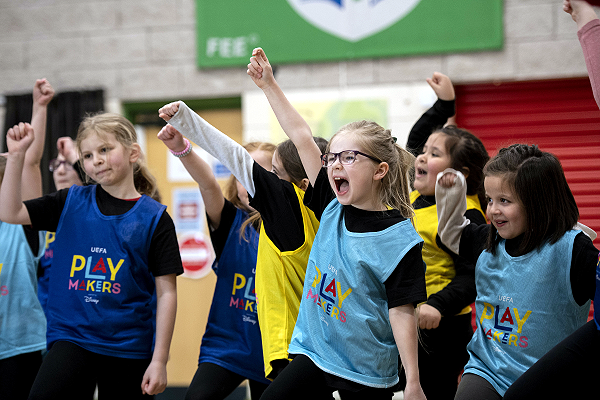 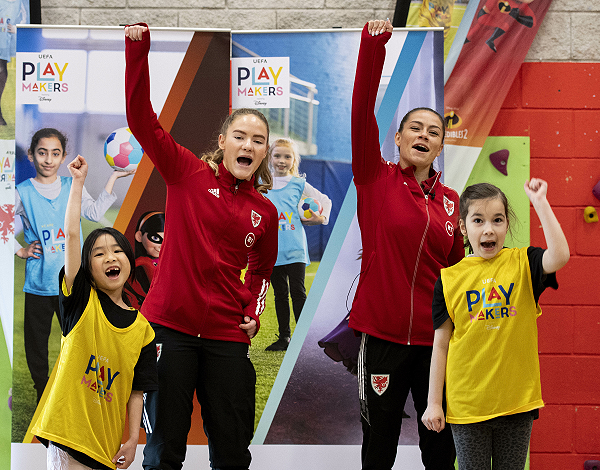