Erin back to face Spain

Pedro Martinez Losa has named his Scotland squad for the forthcoming World Cup qualifier against Spain at Hampden Park.

There's a welcome return for Erin Cuthbert, who missed out on the recent Pinatar Cup campaign through injury.

Scotland were due to have a double header that included a trip to Ukraine, but that was rescheduled until Friday 24th June by UEFA.

The squad will now instead concentrate solely on the visit of Spain and you can buy tickets for the big game here.

The team will be sporting the new, special edition bespoke Scotland Women's National Team home kit, which was launched on International Women's Day.

Scotland will take on Spain at Hampden Park on Tuesday 12th April, with a kick off time of 7.35pm. They will go into the match seeking to put the record straight after their 8-0 defeat at the hands of the group favourites in their last meeting and aiming for three points which would consolidate them in second place in the group.

After the Spain match, Scotland will have two group matches left to play, the re-arranged Ukraine game and then they will finish up with a trip to the Faroe Islands in September. 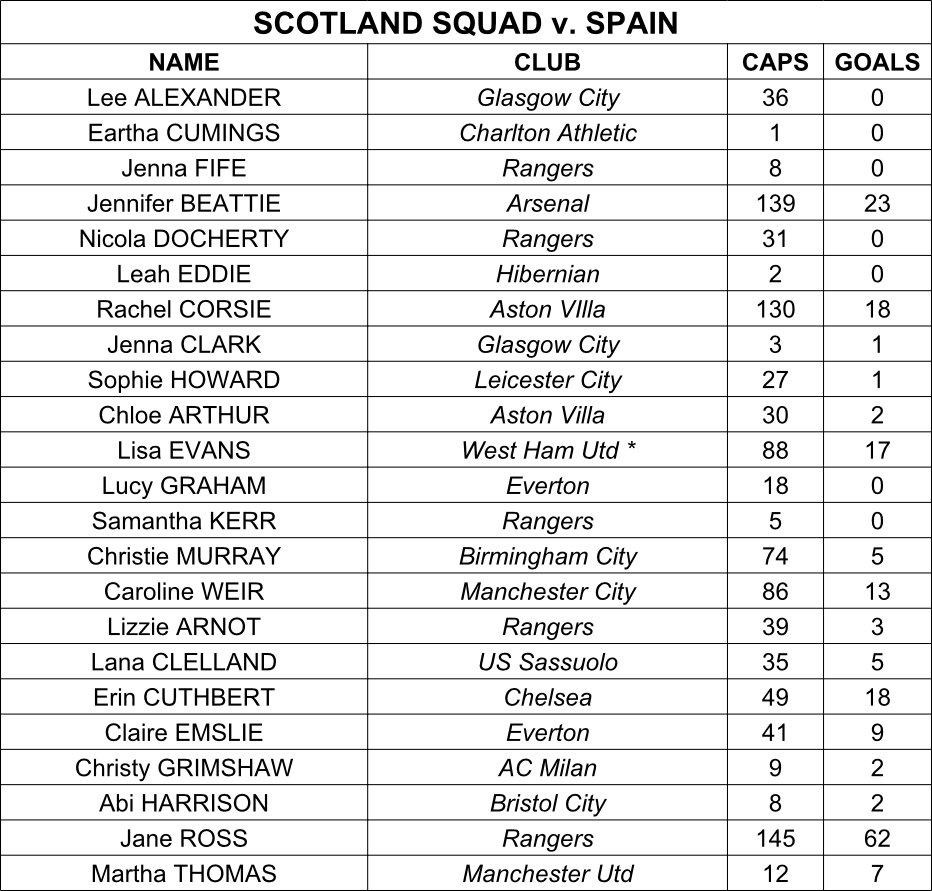