Gemma Grainger has announced a 26-player squad for her side’s key 2023 FIFA Women’s World Cup qualifiers against France and Kazakhstan.

Wales go into the international window with an almost full-strength squad to choose from. Josie Green returns to the side after missing the Pinatar Cup in February through injury, however Esther Morgan and Hannah Cain both miss out due to injury.

Following Wayne Hennessey’s centurion achievement during the recent men’s international window, Helen Ward and Tash Harding are in line to earn their 100th Welsh caps over the two matches, with the players sitting on 99 and 98 caps respectively.

Grainger will look to build on her side’s momentum in the World Cup qualifying campaign. Wales sit in second place, a play-off spot, in the group with four games remaining. So far in the campaign, Wales have won four matches, drawn one and lost one, scoring 17 goals and only conceding 3 in the process.

The match against group leaders France will take place at Parc y Scarlets, Llanelli on Friday 8th April. Tickets start at only £2 (group bookings) and £4 (individual bookings) for kids, available at faw.cymru/tickets. 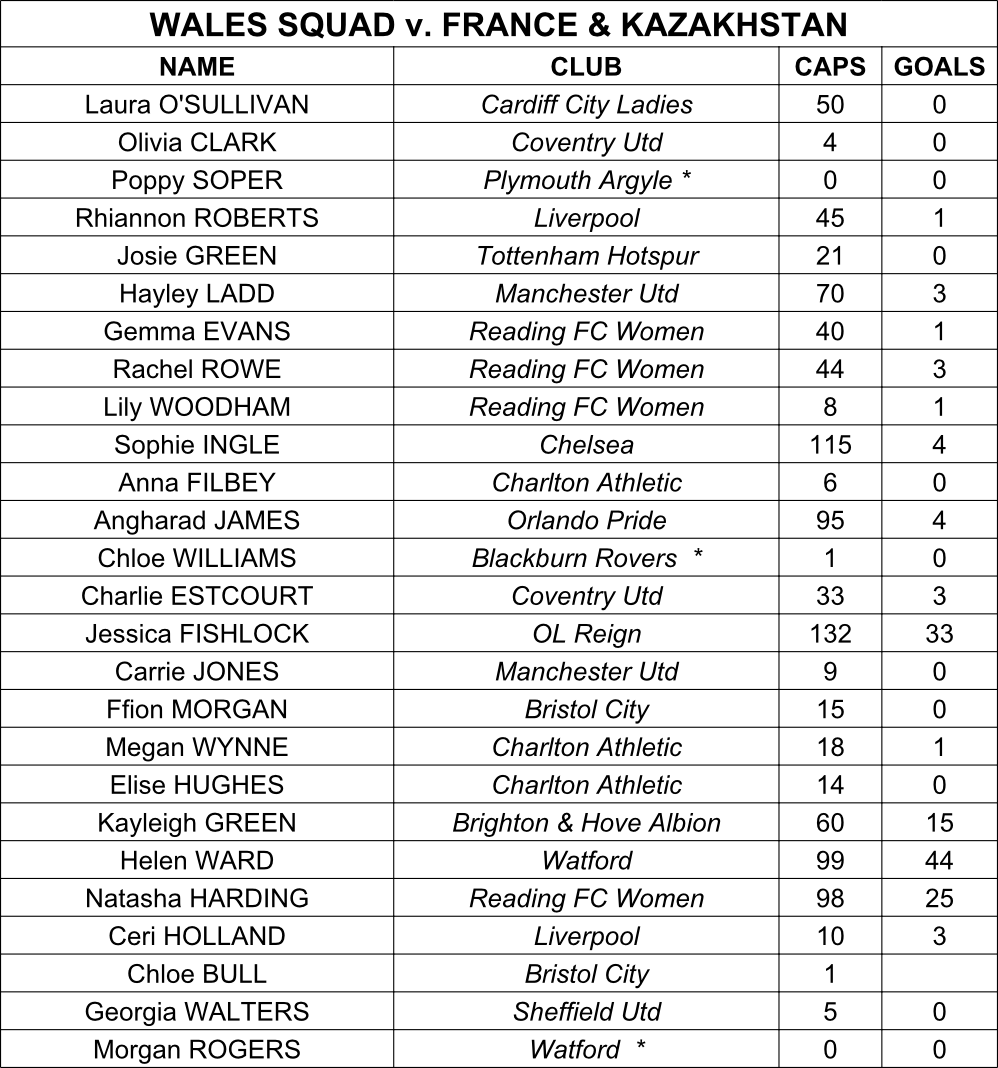