Northern Ireland senior women’s team manager Kenny Shiels has made a handful of changes to his squad for next month’s crunch FIFA Women’s World Cup 2023 qualifiers against Austria and England.

His 23-strong panel shows five changes from the squad chosen for the World Cup qualifiers against North Macedonia back in November.

The Northern Ireland senior women’s team boss has gone with his usual blend of youth and experience for the game against the Austrians in Wiener Neustadt on 8th April and the match against England at the National Football Stadium at Windsor Park on 12th April. Returning to the fold for next month’s matches is Rangers Women midfielder Megan Bell, who had a torrid time with injuries last year. Also back are Glentoran Women midfielder Sam Kelly and Crusaders Strikers forward Emily Wilson, who were both injured for the qualifiers against the Macedonians.

Returning after a long term injury is defender Abbie Magee, who recently moved from Linfield Ladies to Cliftonville Ladies. Her new club mate Toni-Leigh Finnegan is back as well after a lengthy spell on the sidelines.

Glasgow City striker Kerry Beattie and Glentoran Women forward Danielle Maxwell are not included this time due to squad rotation, while veteran Linfield Ladies defender Ashley Hutton is still recovering from a long term injury, although she is well on the way to full fitness, according to her manager. 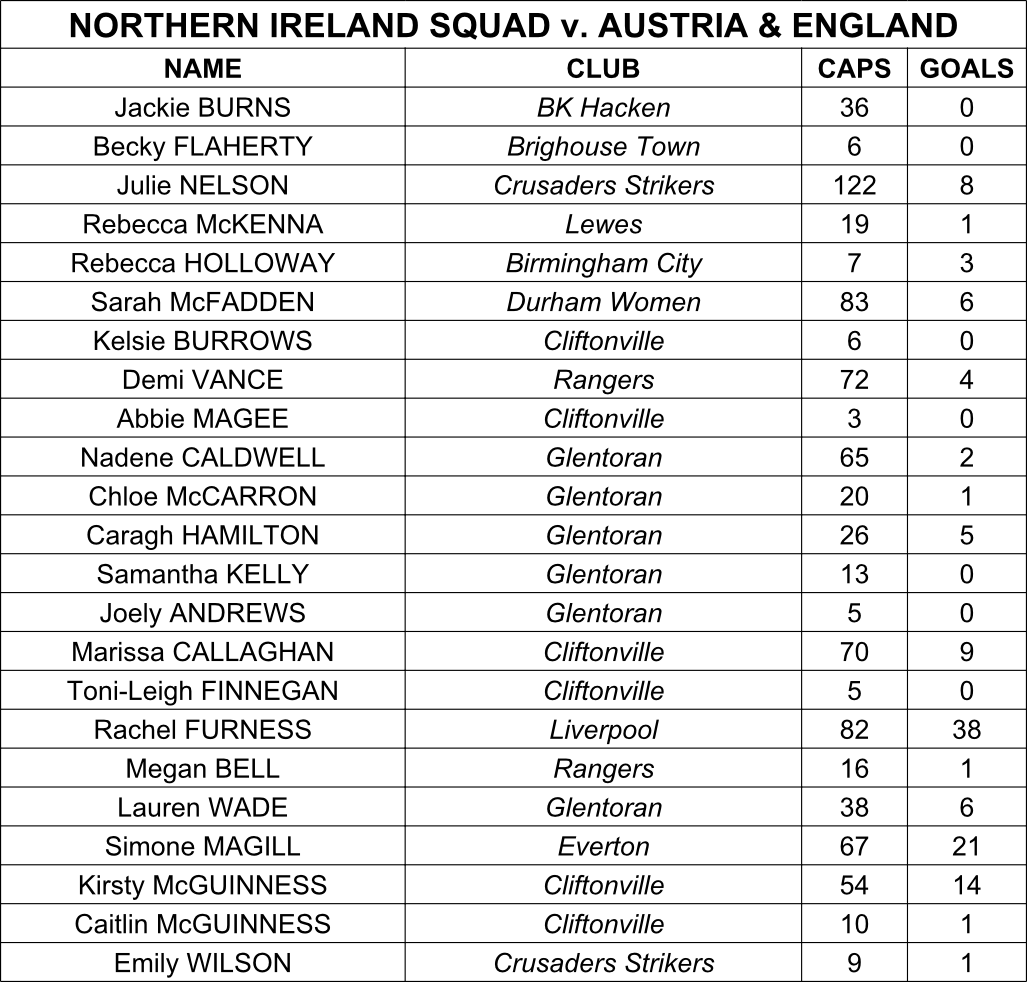