Leatherhead wrapped up their South East Counties League Division One West campaign with a double header win over Beckenham Town.

The six points gained took the Tanners clear of all the other teams except Steyning Town Community who have no less than six matches still to play and trail Leatherhead by sixteen points.

The first half of the opening match saw Leatherhead in complete command, dominating proceedings with strong determined forward play and restricting the visitors with accomplished defending where necessary. The fact that it took over twenty minutes for the opening goal was largely down to the fine work of Beckenham keeper Lacey Campbell who was in commanding form

It was Kacie-Mae Harlow who opened the scoring with a good finish and Maggie McLoughlin doubled the advantage before the break from the penalty spot.

The hosts continued to dominate with Ella Moxley twice going close before another McLoughlin spot kick added the third on 38 minutes. Beckenham rallied well in the later stages and reduced the arrears with their own penalty converted by Aimie Wessell.

Beckenham's improvement continued into the second match, which was a much tighter contest especially in the first period with Leatherhead struggling to recapture their earlier fluency. However, the Tanners defence was so well disciplined that keeper Amelia Penfold was rarely troubled .

It was McLoughlin again who made the difference this time with a fine strike from distance on 27 minutes. The final session saw Leatherhead regain their attacking flair but they simply could not find a way past goalkeeper Campbell who excelled in her handling and bravery in one on one situations.

The hosts were always at risk of a Beckenham equaliser but, despite late pressure from the resilient Londoners, the sizeable home crowd were able to cheer a second victory of the afternoon.

The six points guarantee Leatherhead at least runners-up spot in Division One West in their first season in senior football with Steyning Town Community needing 16 points from their final six fixtures to match the Tanners' impressive total of 46 points from 18 games. 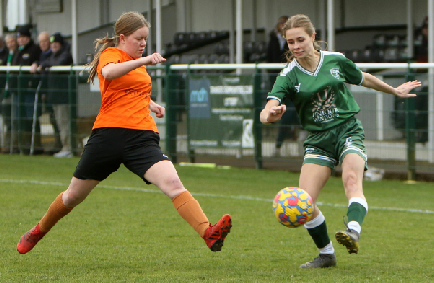 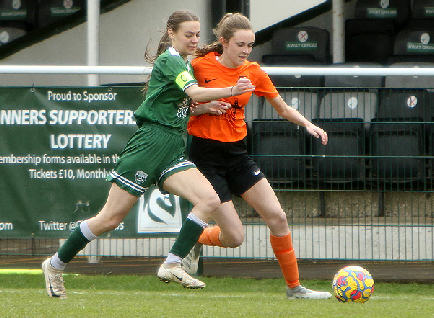 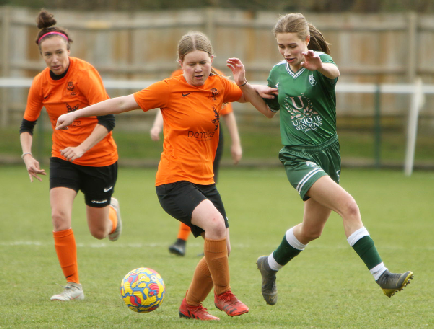