Leah gets the England armband

Leah Williamson has been confirmed as the England captain for the 2022 UEFA Women’s EUROs.

Williamson was told the news this week by head coach Sarina Wiegman on the first full day of the camp at St George’s Park, with the rest of the squad informed later that evening. Millie Bright has been appointed the new vice captain and Ellen White as the third in line. England are preparing for the resumption of FIFA Women’s World Cup 2023 qualifiers later this week.

The 25-year-old had been wearing the armband in the absence of the injured Steph Houghton, who first captained England herself in January 2014 before being confirmed in the role in April that year.

Williamson, who led the team to success in the inaugural Arnold Clark Cup last month featuring Spain, Canada and Germany, said: “This is an incredibly proud moment for me and my family and I am honoured to be asked to lead us at the EUROs.

“Steph Houghton is one of this country’s all time greats and to follow in her footsteps – and all of those special names who have led the team in the past - means so much.

“Although I will be wearing the armband, I know we have a squad full of leaders who share my pride and passion in playing for our country. Whether I am captain or not, I will never take anything for granted and will always do my best for England every time I pull on the shirt.”

Houghton has not played for England since February 2021 and is working hard on her return from an Achilles injury in a bid to be fit for this summer’s finals.

Wiegman said: “This decision gives us continuity at this important final period as we build towards the tournament. It is important we give everyone clarity at this stage.

“Leah has been a great leader for us and I know she will continue to set the example we need in her work on and off the pitch. While I know this is significant news for our fans, for me the most important thing is that we work hard in training and perform to the best we can in our matches as a team. The main thing is we are ready for our World Cup qualifiers and then the EURO this summer.

“She joins a proud list of England captains and will be following in the footsteps of the likes of the first captain Sheila Parker but also her predecessor Steph Houghton who have all been integral for the women’s game.”

However, Leah has travelled to North Macedonia but will not be involved in Friday’s qualifier. She is now under concussion protocols having missing training earlier this week as a precaution after being assessed following Arsenal's match at the weekend.

In the meantime, Everton defender Gabby George has been called up by England after Alex Greenwood and Lotte Wubben-Moy were ruled out of Friday night’s FIFA Women’s World Cup qualifier away to North Macedonia.

Greenwood and Wubben-Moy did not travel to Skopje with the rest of the squad on Wednesday afternoon, with Greenwood returning to Manchester City for rehabilitation for an ongoing knee issue while Wubben-Moy went back to Arsenal to manage a thigh injury. England will also be without Beth England and Niamh Charles, both of whom have returned positive Covid tests. It is hoped that both players will be available for the Northern Ireland match and no replacement has been called up.

George has received her first Lionesses call since World Cup qualifying in 2019, having left the WU23 squad - who were in Spain for a double header this week against the Netherlands - to answer the senior call. It marks the end of a long recovery period for the defender after sustaining a long term knee injury in a FA Cup tie against Bristol City at Ashton Gate two years ago. 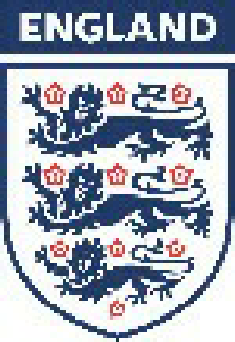