The partnership will see the club’s Women’s team renamed to “SGS Olveston United Women” and be based at the SGS College WISE Stoke Gifford Stadium as part of a new link to enhance female playing opportunities in the region.

With first class facilities that have been used in the past by Championship football team Bristol City and former Women’s Super League representatives Bristol City Women’s Football Club, those involved with the team can be assured of benefiting from everything needed to prosper in the South West Regional League.

Olveston United Chairman Stuart Evans said: "We are extremely delighted to be linking with SGS College.

“The College has a national reputation for the strength of both its Academic and Academy provision and the partnership will offer SGS Olveston players the opportunity to train, compete and study in an outstanding environment."

SGS College CEO Kevin Hamblin added: "We are very excited to be linking with the Olveston United Football Club. Olveston will provide a significant opportunity for aspiring young women with aspirations to play in the professional game to experience adult competition in one of the strongest amateur clubs in the area and players will feed into the Bristol City WFC pathway over time."

Olveston United have just completed their second season in senior women’s football after having been formed in the summer of 2020. Their first season ended with them lifting the Division Two title in the Gloucestershire County Women’s League on the last day of the season as well as promotion to Division One, where they have finished in third place. They also formed a new reserve team last summer and they are competing in Division Three. 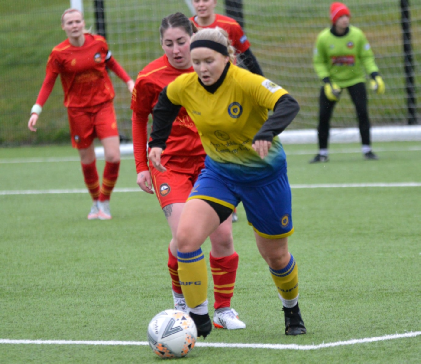