Moneys aim to cash in on success

When formed in 2017-18 season, the Moneyfields FC Women project was three promotions in three seasons with the FA Women’s National League the target.

In that time, Moneyfields FC Women have lost just one league game to Southampton FC Women, with three draws along the way. The team is managed by Karl Watson with Sophie Kingsley-Cabell and Ellie Kirby as Club Captain and team captain respectively. Top scorer this season is Kim Whitcombe, with 16 goals to her name.

“That’s three and half years without defeat and huge testament to the top players we’ve had at this club,” Sophie Kingsley-Cabell told Women’s Soccer Scene. “Our solid group philosophy has been the key detail to our success. All 25 players who have been a part of this season in particular have earned the promotion ‘together’.

“With the new £5 million facilities due to be complete by the end of September 2022, with all youth ages and development squad coming into place this season, it was essential to get the National League status in place. Now the world is our oyster and the club is only going to grow with our sights set firmly on competing fiercely for promotion again this season coming!

“It’s a massively exciting time to be part of this great club and our club bond with the Men’s side really gives us every chance we need to succeed. Up the Moneys!”

Success for this season might not yet be over for Moneyfields, as they will play Abingdon United - the team they have battled with for the title all season - in the League Cup Final as they attempt to complete the league and cup ‘double’. 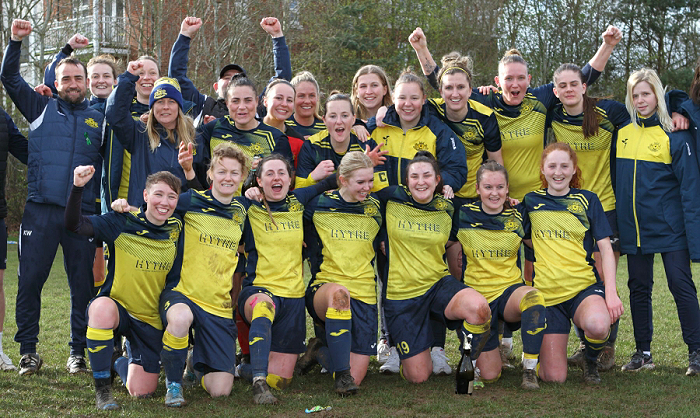