A single goal was enough for Fleet Town to take the points in a well contested Hampshire County League Division One encounter at Calthorpe Park on a very warm Easter Sunday.

With both teams well placed in the table, a tight battle was on the cards and so it proved with both defences strong and clear cut chances at a premium.

Playing down the slope in the first half, Fleet started brightly, keeping the visitors penned back in their own half for long periods without being able to test keeper Carla Mountford. It took a moment of magic to break down the Bursledon defence on 19 minutes. Olivia Gardiner chased a long pass. cut inside a defender then lashed a powerful right foot effort from 15 yards giving Mountford no chance.

Demi Punter nearly added a second with a clever lob from a narrow angle which dropped narrowly wide on 29 minutes but the majority the rest of the half was a tightly contested affair with well organised and determined defending blunting attacking ambition.

Bursledon returned with renewed determination and started to exert pressure on the home defence winning a series of corners which were well defended. At the other end, Fleet also threatened at times, Mountford moving quickly off her line to save at an attacker's feet on the hour.

Home keeper Amy Trussler had to react quickly to turn aside an Izzy Pouncey shot on 72 minutes and the visitors continued to press for an equaliser. Fleet's Tayla Poulter got clear on the right and sent in a dangerous cross which evaded everyone as the outcome remained finely balanced.

Fleet had to defend a couple of late free kicks but also had chances to seal the victory. Mountford saved well to keep the visitors in the hunt. but the final whistle confirmed Fleet's hard earned victory.

The two teams will meet again in the reverse fixture in a couple of weeks as they seek to finish the season well. With Shanklin confirming their status as Division One Champions, the other final league placings remain to be decided. 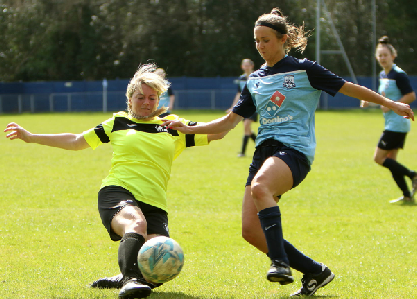 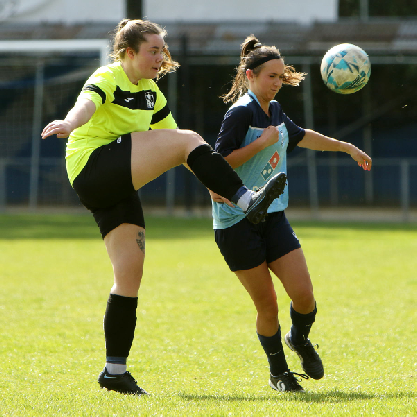 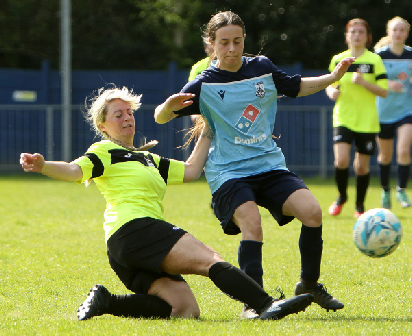