With just over a week until the semi final of the Biffa Scottish Women’s Cup, representatives of all four teams taking part in the penultimate round of the competition gathered in Edinburgh to announce that the cup final venue will be Tynecastle.

The semi final will be hosted at Falkirk Stadium on 1st May in back-to-back games that will see the winners progress to the final at Tynecastle on 29th May.  The final will also be broadcast live on BBC ALBA.

It is a return visit to the capital for the conclusion of this prestigious competition, with Tynecastle having hosted the event in 2019. In that tie, Glasgow City beat Hibernian 4-3 in a close-run match which was the last final to be played due to covid disrupting the subsequent competitions.

The Scottish Women’s Cup will conclude an historic season which has seen SWPL games being played in main Scottish stadiums right across Scotland including Easter Road, Ibrox, Celtic Park, Pittodrie, Fir Park and Tynecastle.  Adding to the games already played at New Douglas Park and Rugby Park.  A significant indicator of how much the game continues to grow.

Commenting on the announcement, SWF CEO Aileen Campbell said: “We are delighted to announce that the venue for this season’s Biffa Scottish Women’s Cup final will be Tynecastle and that it will be broadcast live on BBC ALBA.

“Tynecastle is a fantastic venue that provides a wonderful atmosphere for football fans and is a great facility that will make this year’s cup a real showcase.  We are looking forward to welcoming the teams that emerge from the semi finals on 1st May at Falkirk and drawing to a close an exciting season.

“Of course, it has not been without its challenges. Covid has meant that this cup final will be the first since 2019 with the pandemic disrupting the competition.

“The four remaining semi-finalists will all be determined to book their place here at Tynecastle and we want to encourage as many people as possible to come to our games on the 1st May and also to book a place here on the 29th May to cheer on inspiring female footballers representing the very best of our game.”

Commenting on Tynecastle playing host to the Biffa Scottish Women’s Cup final, Heart of Midlothian CEO Andrew McKinlay said: “We are really looking forward to welcoming the cup final back to Tynecastle.

“It is a real privilege to host this important competition and underlines the importance our club places on the women’s game.  This comes after our announcement to increase our focus and investment in our women’s team and at the end of a season where we hosted the Edinburgh derby in front of strong crowds at Tynecastle.  We look forward to working with SWF on this event.”

Commenting on the news that BBC ALBA will broadcast the game, Iseabail Mactaggart said: “At MG ALBA we are determined to do all we can to increase the visibility of the women’s game and showcasing this important cup competition is part of that endeavour.

“We look forward to seeing who reaches the final on the 29th and doing our bit to ensure as many people get to watch the culmination of the hard work all teams have put into getting to Tynecastle.” 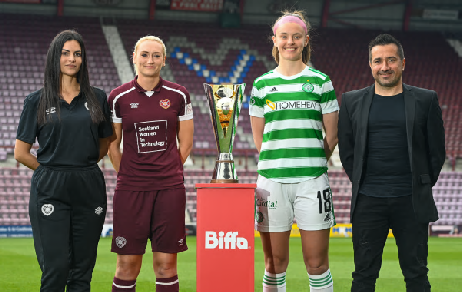 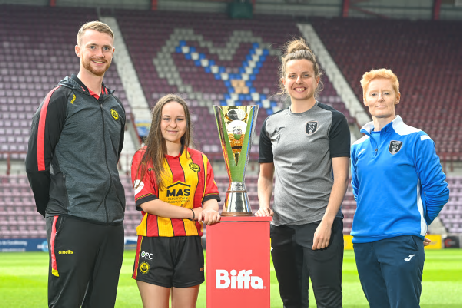 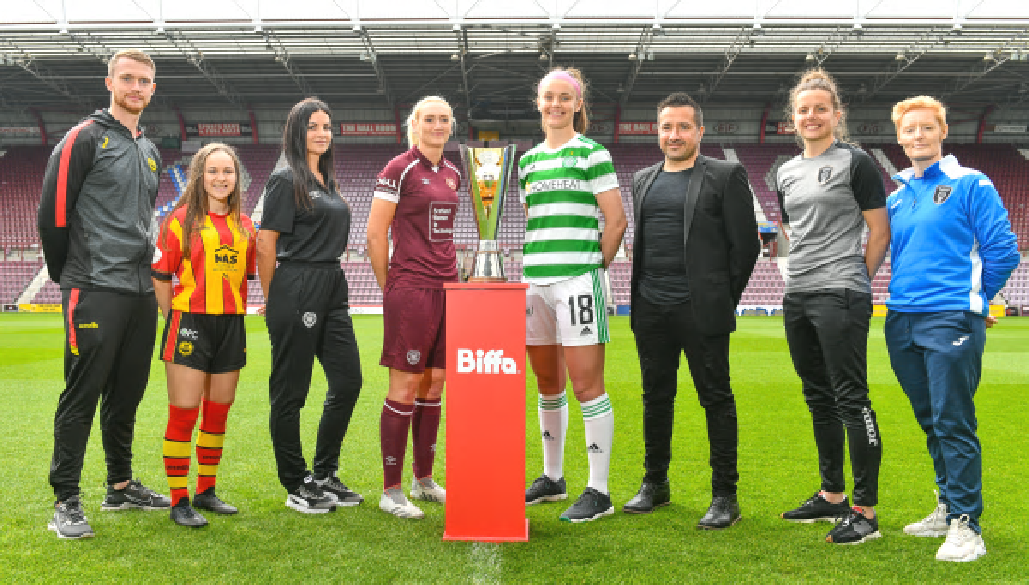