Pucklechurch Sports are celebrating winning the Gloucestershire County Women’s League title for the first time, to crown what has been a memorable season for the club.

Pucklechurch went into the season as one of the favourites, having assembled a strong squad which includes a number of players with FA Women’s National League experience.

Managed by a team of Malc Soper, Alex Miles and Chris Miles, the side is captained by Sophie Sweet and Chelsea Pearce, whilst Adele Hooper and Tammi Haynes have been prolific names on the scoresheet this season with 31 and 21 goals respectively. Poppy Coles has weighed in with a further nine and no less than 17 different players have found the net at some stage during the campaign.

“It has literally been a massive squad effort to get to where we have this season, and without the commitment, it wouldn't have been possible,” Malc Soper told Women’s Soccer Scene.

“Big results this season were beating Bristol Rovers and Forest Green Rovers in the FA Cup and GFA Cup respectively (both on penalties) and an extremely strong pre-season, beating teams from the leagues above us.

“We haven't had the usual problems with Bristol & West who always seem to take points off us, a proper bogey team! They are a good side and that showed with their defeat of Olveston on the title run in.

“Two good team performances gave us two wins over Olveston, not in comfortable fashion but enough to see us unbeaten with one game to go.”

Pucklechurch also had good Cup runs this season, going down to Sherborne Town in the Second Round Qualifying in the Vitality Women‘s FA Cup, whilst also reaching the semi finals and quarter finals of the League Cup and County Cup respectively. 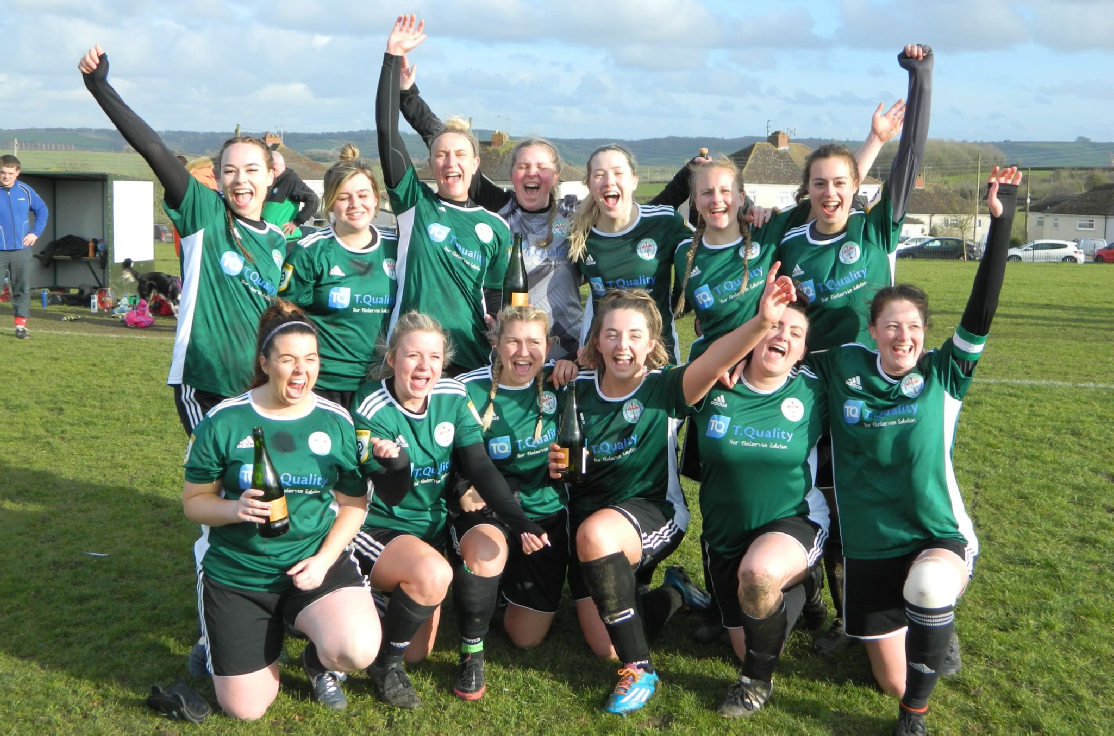