Rangers require five more points to be confirmed as Champions after they defeated Aberdeen 4-0 in front of a healthy crowd at Ibrox Stadium.

Sam Kerr opened the scoring on the half hour and Kayla McCoy made it two on the stroke of half time, before Nicola Docherty and Lizzie Arnot sealed the win with further goals after the break.

Glasgow City kept up the chase in second place with a 2-0 success away to Hearts. Hayley Lauder gave City the lead just before half time and Peyton Preya sealed the win with a 20-yard strike, eight minutes from time.

Celtic meanwhile raced to a 6-0 victory at Hamilton Academical. Olivia Chance gave them a first half lead before Charlie Wellings netted twice before the break and the striker completed her hat-trick early in the second half. Clarissa Larisey then extended their advantage, before a Megan Quinn own goal rounded off the scoring.

Hibernian returned to winning ways by beating Partick Thistle 2-0. Both goals came inside the opening half hour, Michaela McAlonie giving Hibs the lead and Shannon Leishman adding the second.

Motherwell narrowed the gap on Spartans to three points by winning their meeting 1-0. Chelsie Watson scored the only goal of the game for Motherwell, midway through the first half.

SWPL 2 title winners Dundee Utd saw their unbeaten record come to a crashing end as they were beaten 4-1 by Boroughmuir Thistle. Elise Macara gave Thistle a first half lead which was increased after the break by Brogan Anderson and Courtney McAvoy. Danni McGinlay pulled one back for United but Boroughmuir completed a win which keeps them in the second promotion place when Caitlin Armstrong scored their fourth goal.

St Johnstone consolidated themselves in fourth by winning 2-1 away to Kilmarnock. Second half goals from Nicola Jamieson and Alex Robson earned them the points, before Killie grabbed an injury time consolation via an own goal.

Queen’s Park put a gap of five points between themselves and Stirling University after they defeated them 4-0. Abbi McDonald, Holly McIndoe and Lauren Ray all scored as the Spiders raced into a three-goal lead inside the opening half hour and Sarah MacLeod completed the scoring for her side late on. 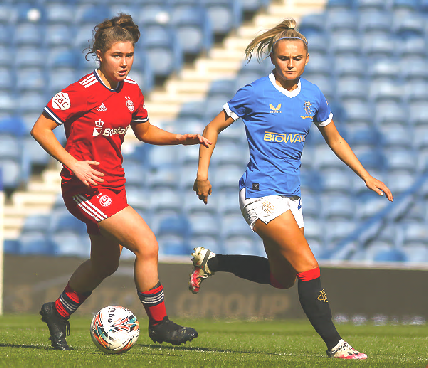 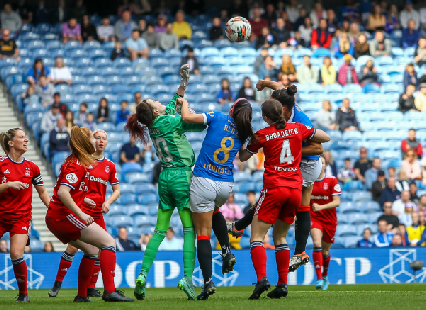