Basingstoke Town claimed the Hampshire County Women and Girls League Junior Cup by way of a penalty shootout after an exciting 2 -2 draw with Gosport Borough.

In a battle of the Division Three and Division Four champions, it was the higher ranked team who won through but not without a major struggle, having trailed by two goals at the break to a vibrant Borough,

Gosport opened the scoring through a fine finish from Phe Osborn on 11 minutes. Fran Derbyshire nearly added a second on her 100th appearance for Gosport with a shot from distance which struck the underside of the bar before bouncing clear, however the second was not long delayed as Jodie Goodhall converted a penalty awarded for handball on 20 minutes.

Basingstoke had done their fair share of attacking in a lively encounter but were not able to finish their moves and therefore went into the break trailing by two goals to nil.

The Division Three champions pushed hard after the break and gained their reward on 58 minutes with a finely taken goal from 15 yards by Dot Usher. Kate Randell was denied an equaliser by a fine save but was successful on 71 minutes with a close range finish to level things up.

Basingstoke dominated the last twenty minutes with a succession of long range efforts and dangerous set pieces but could not complete a comeback victory in normal time as the tie went to penalties.

With the shootout poised at two successful conversions apiece, it was Basingstoke's keeper Erin Davis-Donne who made the difference with a couple of fine saves to ensure her team lifted the Junior Cup.

A large and enthusiastic crowd made this final a real spectacle, obviously helped by the venue being Basingstoke's home ground but with a strong contingent from Gosport adding to the sense of occasion and encouraged both sets of players to give their all. 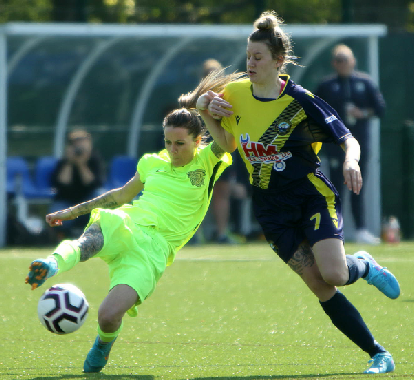 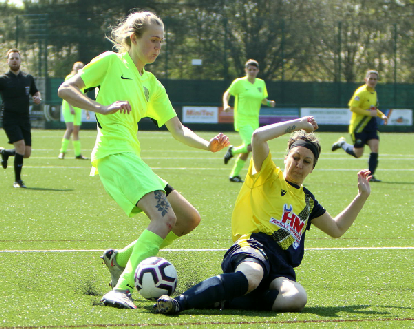 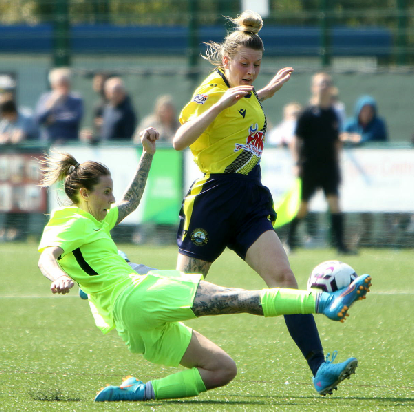 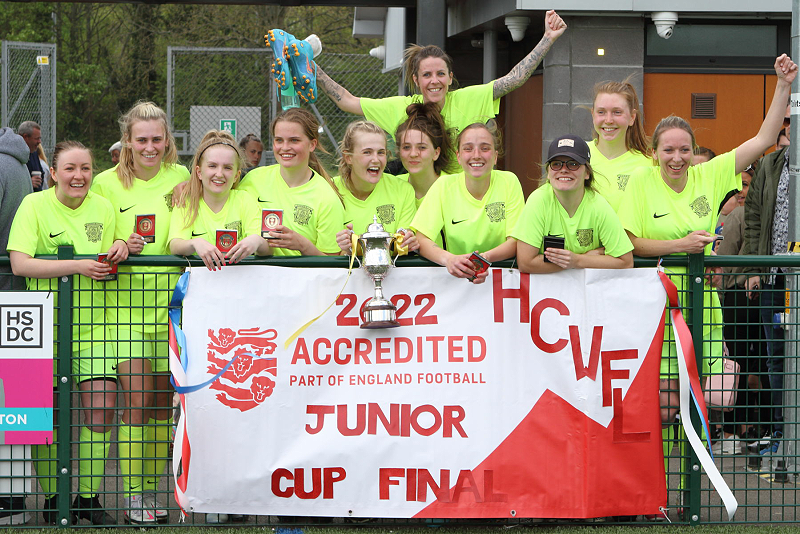