Swiss secured for final warm up

England’s trio of warm-up internationals before UEFA Women’s EURO 2022 will conclude with a fixture against Switzerland in Zurich on Thursday 30th June.

Sarina Wiegman’s squad will take on the Swiss at the Letzigrund stadium as part of a five-day overseas training camp just before the summer finals, with kick off TBC.

The EURO 2022 tournament gets under way the following week against Austria at Old Trafford on Wednesday 6th July – with UEFA confirming that all available tickets have sold out for the opening game.

Switzerland have also qualified for this summer’s tournament, meaning all three of England’s preparation games in June will be against fellow EURO finalists.

The Lionesses meet Belgium at Wolverhampton Wanderers’ Molineux Stadium on Thursday 16th June before welcoming the Netherlands to Leeds United’s Elland Road on Friday 24th June. Both matches kick off at 8pm.

Fans wanting to secure their tickets for the two home matches, should visit thefa.com/tickets.

With all three EURO group matches against Austria (Manchester, 6th July), Norway (Brighton, 11th July) and Northern Ireland (Southampton, 15th July) all sold out, seats for both fixtures are already in high demand.

Wiegman said: “I am very happy to be finishing our EURO build-up with another big game, this time away in Switzerland.

“Before the match, it will be helpful to spend some time abroad as we step up our work on the training ground. The change of environment will come at just the right time for the squad and help focus our minds on the challenges to come.

“We will then return to England refreshed and ready to go for the opening EURO match and I am delighted to see how excited everyone already is for the summer.

“Before Switzerland, we hope the fans will turn out to see us in Wolverhampton and Leeds, especially with our group games sold out. We certainly can’t wait to feel their support once again.”

England last travelled to Switzerland on 10th June 2017, just before the previous UEFA Women’s EURO Finals played in the Netherlands, running out 4-0 winners in Bern.

The Swiss are 19th in the FIFA world rankings, meaning England’s three EURO warm-ups are against teams in the global top 20 with Belgium 20th and the Netherlands, the defending champions, fifth. 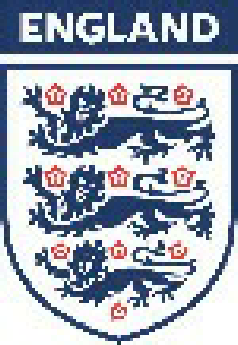