Chelsea held their nerve to pick up the win they needed to be crowned as Barclays FA WSL Champions, coming from behind at half time to beat Manchester Utd 4-2.

United twice took the lead during the first half through Martha Thomas and Ella Toone, either side of an Erin Cuthbert reply, but after the break, Sam Kerr netted twice and Guro Reiten the other to secure the result which guaranteed Chelsea the title for a fifth time.

Arsenal did all they could but their 2-0 victory away to West Ham Utd was not quite enough and they finish as runners-up. The first half was goalless but Stina Blackstenius opened the scoring on the hour and Steph Catley wrapped up the win with the second goal. The Gunners therefore end up a single point behind the Champions having been beaten only once all season, but that defeat - against relegated Birmingham City - may well have turned out to be the most significant result of the campaign.

Defeat for United at Chelsea meant that Manchester City took the third Champions League spot and they finished off in style, winning 4-0 at Reading FC Women. Lauren Hemp and Khadija Shaw put them two ahead at the interval, with Ellen White making it three late on and Alex Greenwood rounding off the scoring with an injury time penalty.

Tottenham Hotspur end up in their highest ever place at the end of a season and they signed off with a ninth win of the campaign, 1-0 against Leicester City. Ashleigh Neville made sure of the points with the only goal of the game, four minutes into the second half.

The points were shared at Brighton & Hove Albion where the home side shared a 1-1 draw with Everton. Nathalie Bjorn gave Everton the lead in first half injury time, before Aileen Whelan hit back with an equaliser seven minutes after the interval.

On the whole, it has been a season to forget for Birmingham City but it has ended on a positive note for them, with a 1-0 victory over local rivals Aston Villa. Veatriki Sarri scored the only goal of the game in the tenth minute, to leave the Blues two points behind Leicester City. 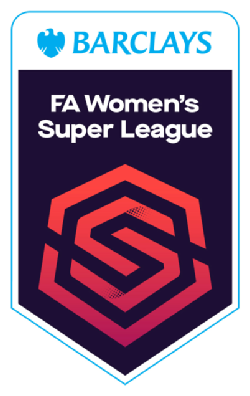