Glasgow City are delighted to announce that Lauren Davidson has signed a two year contract extension.

Davidson, a product of the Glasgow City academy, rejoined the club in the summer of 2020 after spells at Rangers and Hibernian. She is the club’s second top goal scorer this season with 22 goals including a hat-trick in the SWPL Cup quarter final against Partick Thistle.

The forward has made a total of 59 appearances in all competitions for the club.

On signing her new contract, Davidson said: “I am delighted to sign a two-year extension with the club. The direction the club is going in excites me and I’m looking forward to what’s to come next!”

Head Coach Eileen Glesson commented: “I’m delighted Lauren has chosen to extend her time with Glasgow City. Lauren is an exciting young player who understands what it means to be a Glasgow City player. I look forward to continued opportunity to work with Lauren and watch her develop and reach her potential.” 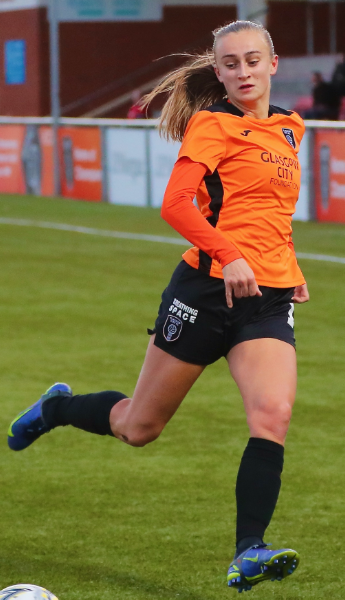