Leah Williamson will lead the Lionesses supported by Millie Bright and Ellen White as vice-captains while Sandy MacIver, Steph Houghton, Fran Kirby, Lucy Staniforth and Chloe Kelly make welcome returns to the fold. Jill Scott is also named as she too works on her fitness, but Jordan Nobbs has been ruled out for the summer because of a knee injury.

The final 23-player selection is due to be confirmed in mid-June ahead of the EURO finals starting with England’s fixture against Austria at Old Trafford, Manchester on Wednesday 6th July.

Sarina Wiegman said: “The EUROs are getting closer, and this is a big step towards the tournament. We have a settled squad and I know we have players in our team that will give everything to make it a summer to remember.

“It is important the players have the chance to get some rest now after a very busy season before we get back to our work. We then have a series of prep camps coming up and it is important we use this time to build an even closer connection on and off the pitch.

“We also look forward to welcoming those who have been working individually and with their clubs on their fitness in the past few weeks. We are hoping to have them back on the pitch when the series of precamps start, so we can see where they are at.”

The Lionesses will report to St George’s Park on Monday 30th May to Wednesday 1st June for an initial preparation period before picking up their work again at the national football centre from Monday 6th June to Friday 10th June.

The squad will then return to the home of England teams on Monday 13th June ahead of the first of three warm-up fixtures on Thursday 16th June when Belgium travel to Wolverhampton Wanderers’ Molineux Stadium.

The second warm-up fixture will follow on Friday 24th June when the Lionesses face the Netherlands at Elland Road, the home of Leeds United. The following week will see England spend five days training in Basel including a fixture against Switzerland at the Stadion Letzigrund in Zurich.

UEFA’s deadline to submit a 23-player squad for this summer’s tournament is at 10.59pm (BST) on Sunday 26th June, after which teams are able to make unlimited replacements before their first match in the event of serious injury or illness (including COVID-19 or 'close contact' to a positive case). 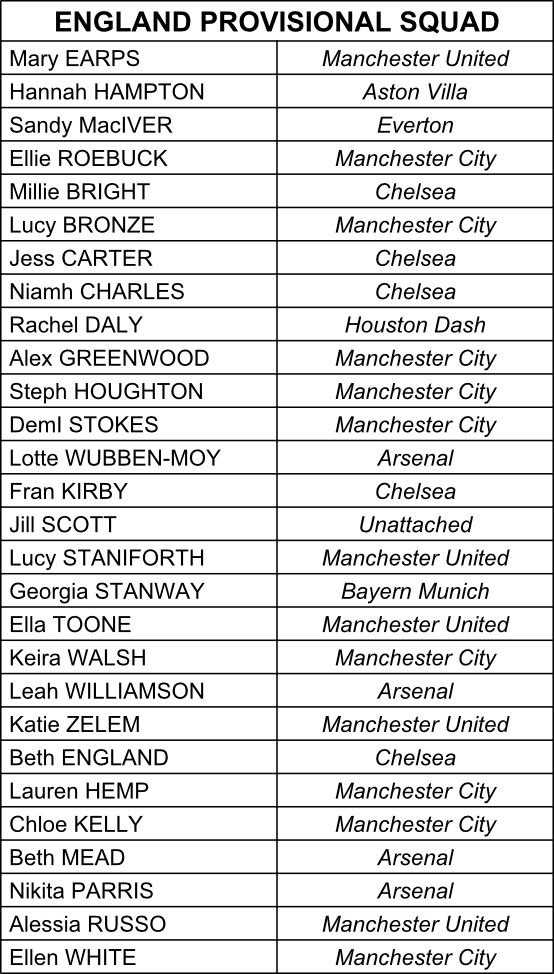