Cheltenham Town are celebrating the greatest season in the club’s history and are looking at top flight football in the FA Women’s National League after carrying off the Division One South West title.

As well as winning the league, Cheltenham also reached the semi finals of the League Plate and lifted the Gloucestershire FA Trophy for the third time in a row by beating Almondsbury 3-0 in the Final.

Although they lost their opening match against Southampton Women, the Robins did not lose any more league games for the rest of the campaign and emerged as the victors from a closely fought title race, clinching top spot with a 3-1 win against Chesham United in their final match.

Cheltenham are managed by Tom Davies, with Morgan Hallett, Dan Liddiard and Abbie Sadler amongst the coaching staff. Defender Mai Butler is captain whilst Lacy-Jai Liggett was leading scorer with 17 goals to her name and goalkeeper Aimee Watson had a fantastic season, keeping a club record number of clean sheets.

“It’s difficult to pick out the highlights after such a season,” admits chairman Andy Liddle. “We lost the opening game, which came a bit quick for us with a number of injuries, then went seventeen matches unbeaten.

“Going 1-0 up in the League Cup before finally losing to eventual winners Southampton (who also won tier 3) was some achievement and beating West Bromwich Albion away on penalties (also tier 3) in the Plate was a great result.

“Holding Bournemouth to draw away and beating them at home clinched the league for us, along with the two wins over Exeter City.” 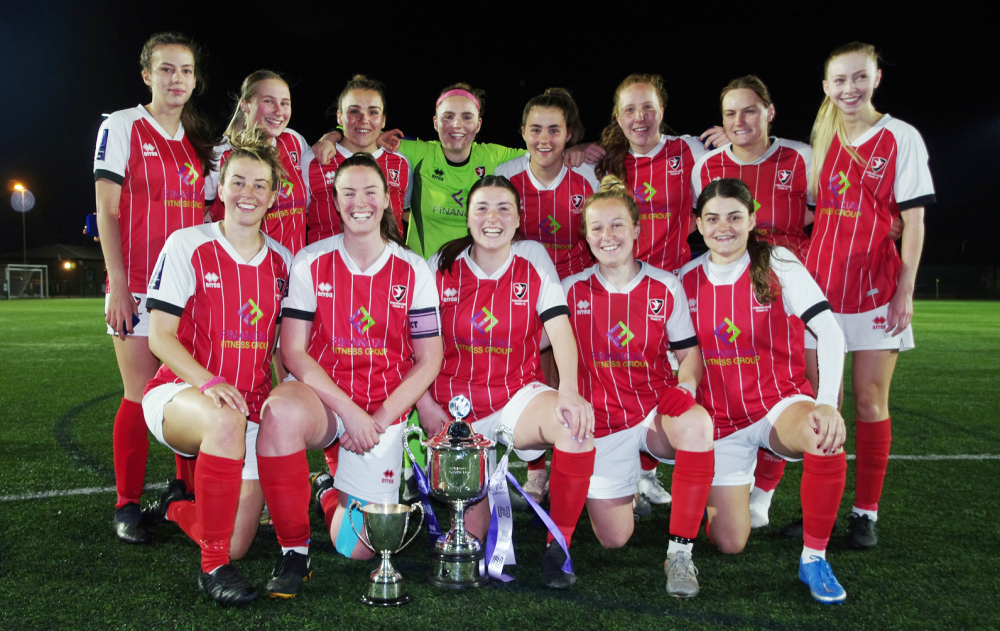