Curzon Ashton produced an excellent run of form which has resulted in them being crowned Champions of Division One South in the North West Women’s League.

After picking up seven points from their opening four games, the Nashettes then embarked on a run of twelve straight wins and remained unbeaten for the rest of the season, to end up winning the league by a five point margin from their main rivals, Chester FC Women.

Curzon Ashton are managed by Dean O’Brien and their captain, Amy Smith, was also leading goalscorer, finding the net 22 times, one ahead of team maye Erin Longsden.

“New signing Lauren  Beckford was awesome all season and added to our creativity in midfield,” Dean O’Brien told Women’s Soccer Scene. “Our goal difference was due to a great blend of scoring goals but just as important was the partnership of Steph Upsall and Liv Chan at centre back becoming the meanest defensive pairing in the league.

“Off the field, we have to thank Lauren Hastie our physio, who worked on the girls who picked up injuries early in the season and got them back in the squad earlier than expected, which boosted us at vital times.

“The standout results and performances have to be the two games against Chester FC. The opening game of the season and, two goals down with 20 minutes to play, we dug in and managed to win 4-3 with the last kick of the game.

“Then the away trip on the last game before Christmas was always going to be tough and some had already had it down as a title decider as Chester were sitting on top of the league. The girls had a different vibe about them before the game they were so up for the battle. We ended up dismantling Chester 6-1 who didn’t really seem to find their groove at all.

“The girls didn’t stop working all season and never took our league position for granted, which kept our standards of performance as high as it it could be.” 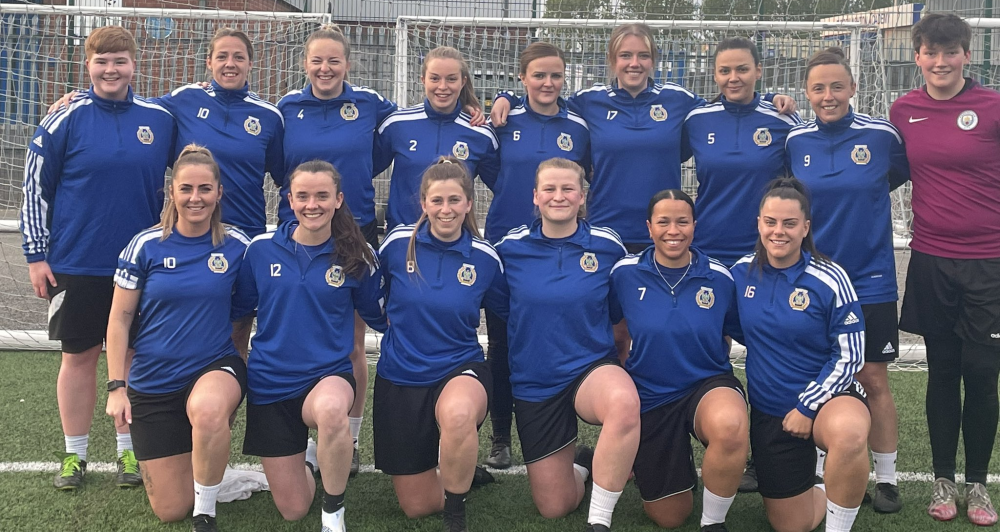