Liverpool Feds have been one of the leading teams in Division One North of the FA Women’s National League for a number of seasons and this time around, they held off a considerable challenge from Newcastle United to lift the league title and win promotion to the Northern Premier Division.

Liverpool Feds are managed by Leanne Duffy, with Mark Dolan as her assistant, whilst Lewis Singleton, Ste Grimes, Andy Mather, Rob Parker, Scott Whitfield and Michael Grimes have all been part of the coaching staff and played important roles in the team’s success.

Chantelle Thompson is captain and Paige Cole was top goalscorer in all competitions, with a total of 16 goals. The club was also confirmed as winners of the Liverpool FA Senior Cup this week.

“Player wise, I wouldn’t really want to single anyone out as everyone has played a role this year in some way or another,” says captain Chantelle Thompson.

“Off the pitch, our sponsor Douglas White Ltd deserves a big mention - as a self funded club, it's massive for us to have some sort of sponsor.

“Everyone is a volunteer, so without them it would be impossible.”

The season began with a 2-0 win against Durham Cestria and their only defeat was to come at Leeds, in their fourth game. They returned to form in the League Cup with a 1-0 win over Nottingham Forest - who went on to win the Plate - and they also knocked out Wolves Women in a run which took them to the semi finals. A narrow win over Newcastle also proved to be crucial, with the return meeting in April finishing in a 1-1 draw. That left matters in their hands and four wins in the last five games saw them home, a 6-1 victory over FC United of Manchester in the last match taking them over the line. 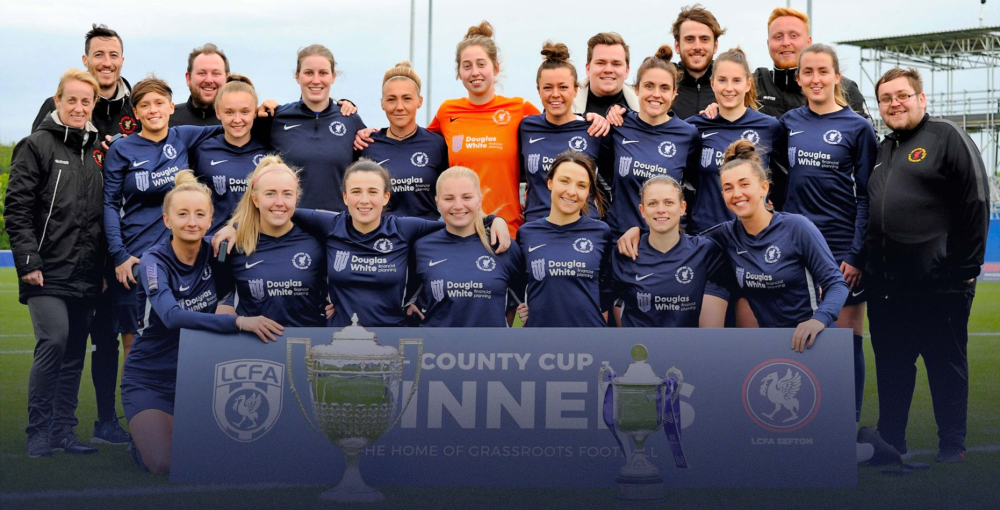