Southampton FC Women have won promotion to the FA Women’s Championship after a superbly taken first half goal from Sophia Pharoah gave them a narrow win over Wolves Women.

Marieanne Spacey-Cale’s side were always in control of the game after taking the lead but Wolves battled hard after the break despite having to play the whole of the second half with ten players.

Southampton appeared to settle down the quicker and were close to taking the lead following a good move in which Pharoah fed Lucia Kendall with a through ball in the area, where she attemped to dink the ball over the advancing Shan Turner but the Wolves keeper did well to claw the ball away for a corner.

Wolves hit back with Beth Merrick working herself an opening on the edge of the area and after her initial strike was charged down, Maz Gauntlett pounced on the loose ball but Laura Rafferty did well to block her shot from close range.

Both teams had looked dangerous when going forward but Southampton were looking the sharper at this stage and in the 21st minute, they opened the scoring. Georgie Freeland clipped a neat pass over the Wolves defence and into the path of Pharoah, who coolly rounded Turner and slotted home.

It could have been two just after the half hour as Southampton were awarded a free kick 25 yards from goal, Kendall’s shot coming back off the post and Alice Griffiths fired the rebound over the bar.

Wolves’ task was made harder in first half injury time as Kelly Darby brought down Alisha Ware near the touchline, in front of the dugouts, and the defender was shown a second yellow card, reducing Wolves to ten.

Kendall passed up an early opportunity for Saints after the restart when she seized on a loose pass from Anna Price but lifted her shot wide of the goal.

Despite the one player disadvantage, Wolves had pulled themselves together and began to press forward strongly. Amber Hughes did well to create a chance for herself on the edge of the area but her strike on the turn flew straight at Kayla Rendell.

Southampton brought on Ella Morris in place of Freeland on the hour and the talented winger was soon involved, flashing a centre across the face of goal which none of her team mates were able to get to.

Many of Wolves’ best moments were coming on the right from Merrick, who had a fine match at both ends of the pitch, and she was narrowly off target with a shot from just outside the area after picking up a loose pass out of defence.

Wolves piled valiantly forward as the half wore on but could not fashion a clear opportunity, Southampton being well marshalled by experienced duo Rafferty and Leeta Rutherford, as well as captain Rosie Parnell.

The introduction of Katie Rood gave Southampton extra impetus up front, the striker firing a shot wide on the turn with virtually her first touch and shortly afterwards, she rose high to meet a cross from deep by Griffiths but sent her header just past the post.

Wolves threw players forward in search of the equaliser and in injury time, it almost came. Jade Cross pumped the ball into the area, where Alie Miller did well to head the ball back across goal for the oncoming Tammi George but she was always at full stretch and volleyed over the bar.

That was the last opportunity for Wolves and Southampton were able to run down the clock for the remainder of the six extra minutes and celebrations could soon begin.

Southampton can now look forward to second tier football for the first time in their history whilst Wolves, once the dust settles, can look back with pride on the best season in their history so far. A touching moment after the game was seen as, whilst her players were celebrating, Marieanne Spacey-Cale could be seen consoling her distraught Wolves counterparts. 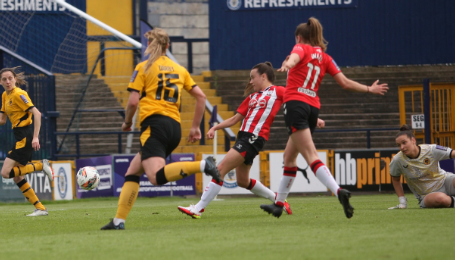 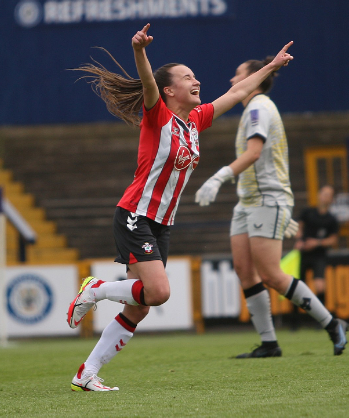 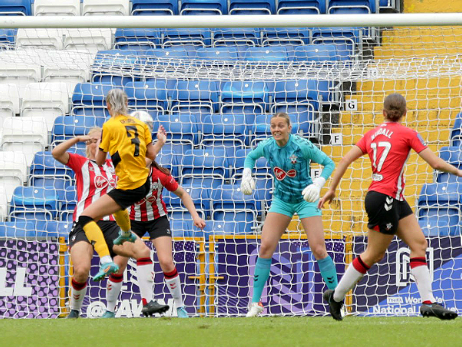 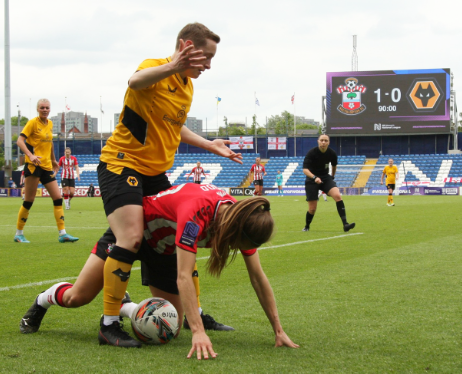 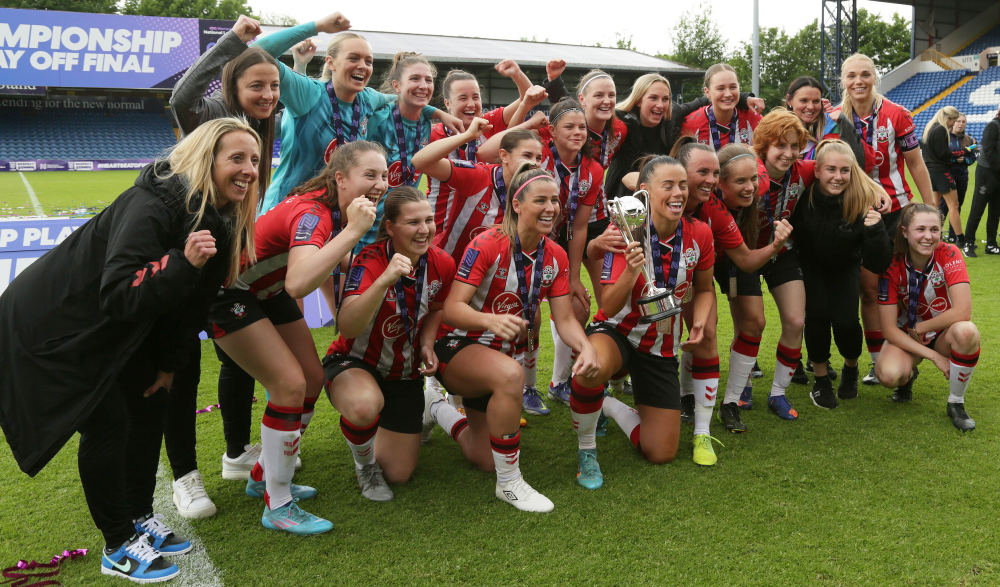