Clare Shine has signed a one-year contract extension to keep her at the club till the summer of 2023.

The 27 year old Republic of Ireland international has featured 27 times this season and 99 times in total for the club and will become City’s 25th centurion on her next appearance.

Shine has netted 67 times during her two spells at the club with ten of those goals coming this season including that terrific volley against Servette in the UEFA Women’s Champions League.

The striker also scored the winner in the last Scottish Cup Final to be played at Tynecastle Park.

Shine will also continue with her role in the Glasgow City Foundation as Project Co-ordinator which has seen her visit schools and communities. As part of the Commsworld Connecting Champions to Schools programme, Shine has chatted to a whole range of pupils about what it is like in the day of a life of a professional footballer. She recently had the honour of opening a brand-new pitch at Hillhead Primary School in Kirkintilloch.

Clare Shine commented on her new deal: “I’m delighted to sign an extension with Glasgow City. I’m really looking forward for what’s to come for the club.”

Head Coach Eileen Gleeson added: “I’m delighted that Clare has decided to extend her time with Glasgow City FC. Clare has been a part of many special moments with Glasgow City and brings a wealth of experience. As a leader both on and off the pitch Clare is huge part of the team. I look forward to continuing to work with her going forward.” 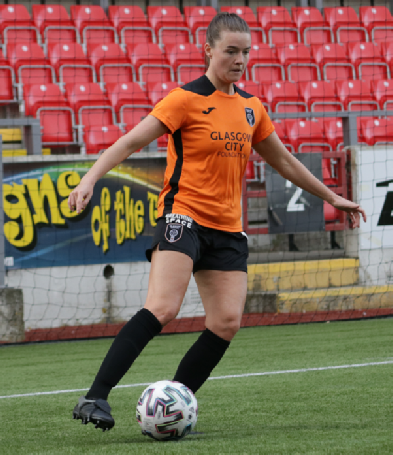