Forest Crusaders, formed in 2019 and playing in their first Cup Final, took the honours with a 3-0 win over AFC Leyton. The result did not reflect the play in a closely contested match full of good football where the opportunism of Georgia Maxwell-Jones proved vital, picking the first two goals for Forest.

After a cagey opening 20 minutes with few clear cut openings, Maxwell-Jones hit a shot from close to the left corner flag which curled low into the far corner of Elle Sarter's goal. Leyton responded well to this setback with Lindsay Sibbons twice breaking clear and firing shots well held by Jessica Cox. Another Sibbons run led to a cross which just evaded two Leyton colleagues at the far post on 35 minutes.

Forest Crusaders nearly doubled their lead from a free kick before the break but it was the dangerous front pairing of Shannon Simpson and Maxwell-Jones who combined for the latter to fire in the second on 56 minutes.

Leyton were far from finished and with player of the match Jada McGibbon making some fine runs through the left side, there was always the threat of a comeback but Forest defended really solidly throughout and behind them Cox handled well.

The addition of a finely taken third goal from distance by Kierra Gabriel on 86 minutes was a bonus for Forest and gave them a relaxed final few minutes before the celebrations could begin.

AFC Leyton can still take the Division Two North East league title from current table toppers Forest, having defeated them just a week ago, but the Sue Sharples Memorial Trophy was taken by Forest after a fine start to GLWFL Finals Day which also marked an amazing 50 years of organised league competition. 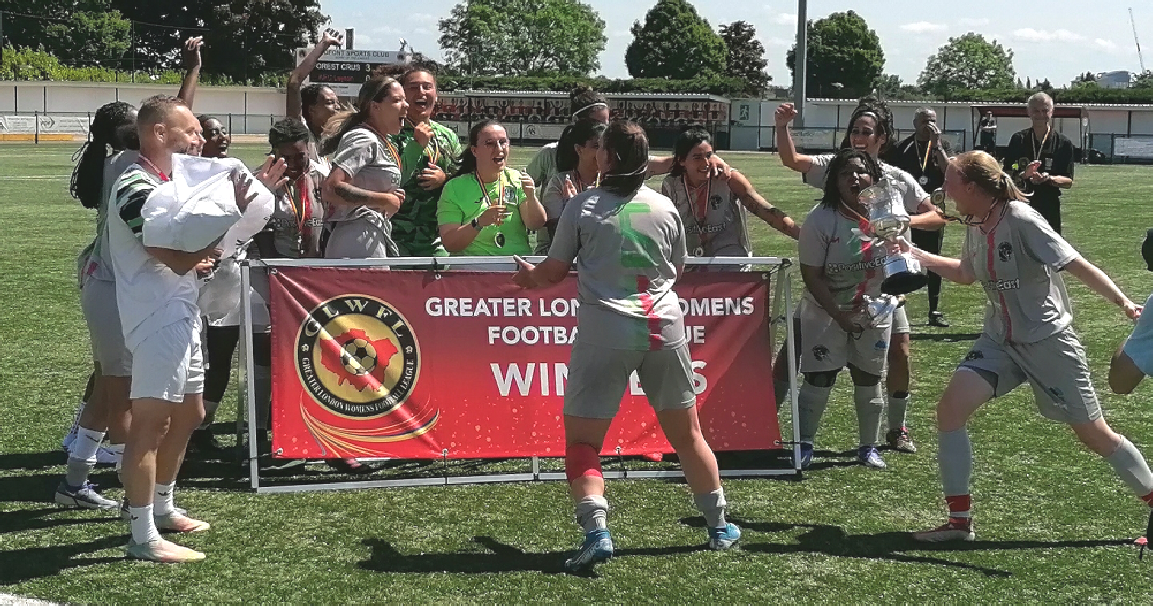