Clapton get their reward

Clapton Community ended a fantastic season by picking up a trophy, when a spectacular 20-yard volley from Lucy Spours won them the John Greenacre Memorial Trophy.

It was Enfield who settled the quicker of the two sides with Brooke John and Andrea Young lively up front and Claire Huggins working extremely hard in midfield. Clapton, with their enthusiastic and noisy support at either ends of the pitch, grew into the game and their best moments were coming through the trickery of Marta Casanovas on the wing.

Clear chances had been few at either end but on 33 minutes, Clapton took a spectacular lead. After a corner had been cleared, Spours fired a first time volley shot from the edge of the area past an unsighted Summer King, hitting the far post on its way in.

Enfield responded well with Shanique Brown firing wide and Huggins released John on goal, her initial shot was saved by Polly Adams and John was denied on the rebound by a superb covering tackle from Annabel Lyons.

The game continued to be tight after the break but with Clapton controlling possession and dictating matters. Casanovas and Marta Perez both sent efforts wide and the lively Emily Link fired over from range. A second goal would not come though and the Enfield defence, well organised by the evergreen Claire Ford, stood firm. Enfield's most dangerous moments were coming from set pieces and Brown lifted one narrowly over the bar from just outside the area.

Clapton produced a great chance with nine minutes remaining as Link made a good run into the area and cut the ball across for Perez who shot straight at King from ten yards. Back came Enfield and a long range free kick by Kerrie Marlborough needed to be palmed over the bar by Adams.

Enfield forced a series of late corners but Clapton dealt with each one effectively and the last chance went when Huggins sliced wide from 20 yards.

Backed by one of the noisiest supports heard in the women's game - but who were always gracious towards their opponents - Clapton had been made to work hard by a valiant Enfield side but found the edge with a goal worthy of winning any cup final. 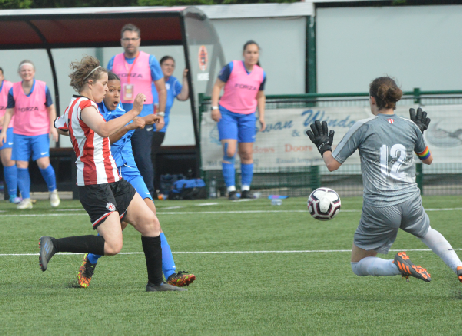 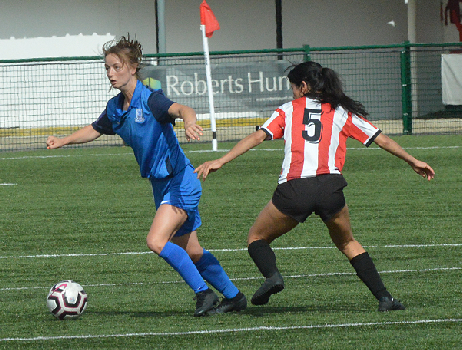 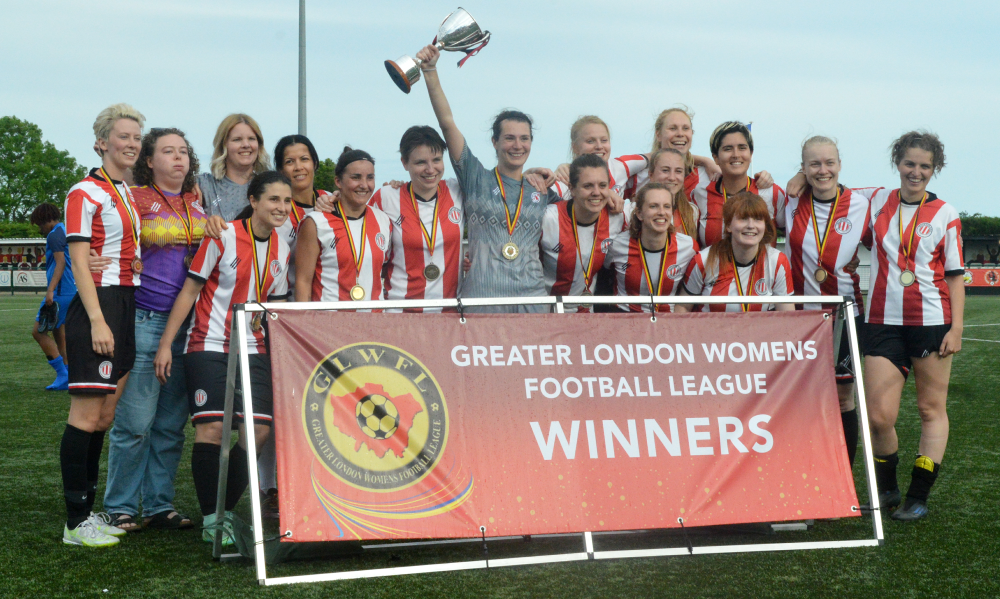