Croydon Women are celebrating winning silverware in their second season after being re-formed and did so in style, carrying off the Division Two South title in the Greater London League with an unbeaten record and a six point lead over second placed Kenningwell United.

Croydon are coached by Lenin Nadison, Uche Ibemere and Gary Alveranga and the captain is Sophie Reid. Leading goalscorer this season has been Sarah Nicholson, who has scored  13 times, whilst the likes of Emma Dyduch, Sian Francis-Duncan and Kamilla Ovrevik have also been regulars on the scoresheet.

“There have been some great performances this season - with some wide goal margins, a few scorelines such as 12-1 and 11-0, plus an 8-1 win over a team that had been second in the table),” Chairperson Emma Bowell told Women’s Soccer Scene, “but the best performances and most important wins have come in the games where the team has dug in and shown real resilience.

“A cup game against Tower Hamlets was a key example of this; the game went to penalties and at the time, we were without a regular goalkeeper, so our rock of a centre back stepped into goal, and pulled off an incredible save to see us progress.

“Off the pitch, we have a great committee of volunteers who help to build the club, in addition to Lenin, Uche and Gary, we have a great club secretary, Paul, who keeps the club going and Pete, our matchday photographer who also produces our match day adverts for social media, as well as Jason who runs the line on matchday.”

This has been the first full season for Chair, Emma, who has helped secure new sponsorship for the club. “We also have a loyal group of spectators and supporters online!” she adds. 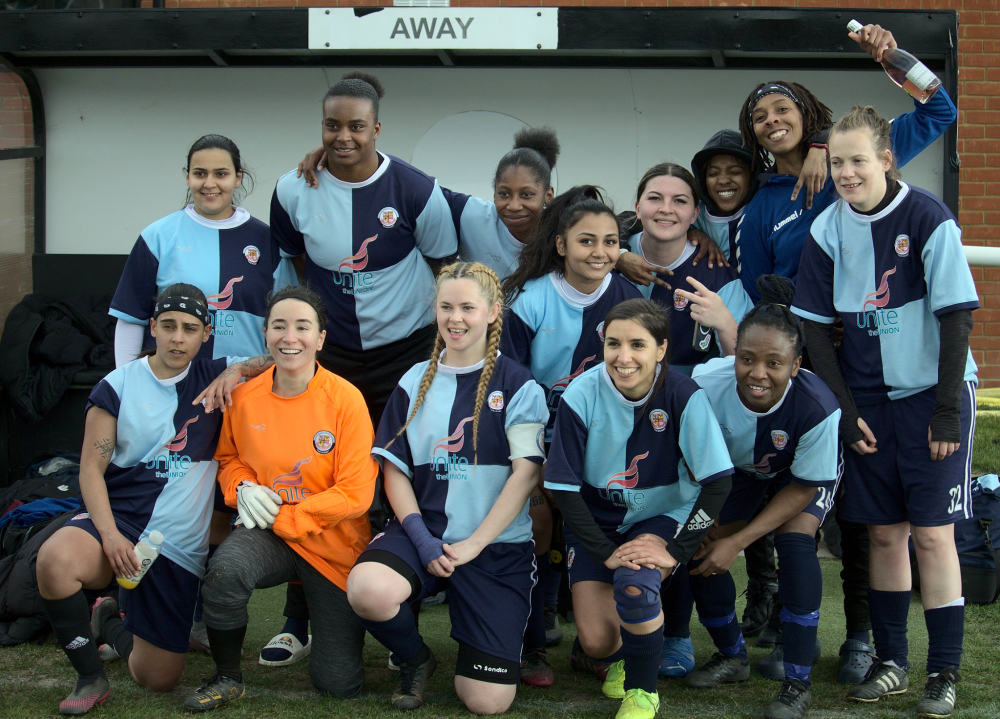