BCSC have their best season

Blackburn Community Sports Club Women have just completed the best season in the club’s history, which has resulted in them lifting the North West Women’s League Division One North title.

Not only that, but they have been crowned Champions with an unbeaten record and finished seven points clear of runners-up Haslingden Ladies.

Based in Lammack, Blackburn Community SC are managed by John Casey, who has been in charge for two years. Rebecca McGrath is captain whilst Hayley Wilford has finished as top scorer with 24 goals.

Key moments in the season have included travelling away from home against eventual runners-up Haslingden and seeing out an impressive 2-0 win which put the league firmly in our hands. The return meeting with Haslingden turned out to be the decisive one, Blackburn triumphed 3-0 to confirm themselves as Champions. They won all bar three of their league matches, one of which was the final game against Blackpool, after the title had already been secured.

That Blackpool game also saw the team keep a remarkable 16th clean sheet in their 22 league matches, only conceding eight times all season. Much of this is down to Leah Morrissey and Jess Clegg, both have been a colossus at the back during the season, leading by example to help towards their phenomenal defensive record.

Away from the league, the club enjoyed a record run in the Vitality Women’s FA Cup, reaching the First Round proper for the first time in its history. They were drawn against Hull City, who play at three level higher in the Northern Premier Division of the FA Women’s National League, and were narrowly beaten 1-0.

Overall though, collectively the team have been superb to go 22 games unbeaten with everyone chipping in to gain promotion and the title this year. 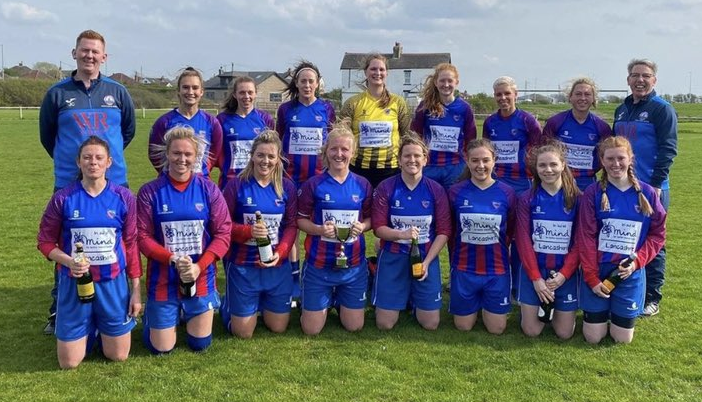