Celtic dig in for Cup glory

Celtic have won the Biffa Scottish Women’s Cup for the first time in their history and defied having to play with ten players for 79 minutes in a thrilling Final at Tynecastle.

The result also means that Celtic have triumphed in both Cup competitions this season but for Glasgow City, it means that for the first time in 18 years, they have ended up without a major trophy, having finished as runners-up in both Cups as well as the league.

In front of an attendance of 4,345 - a record for a Scottish Women’s Cup Final - the game started off at a fast pace and, perhaps inevitably, the first chance of the game fell to Celtic striker Charlie Wellings whose shot was blocked by the legs of City goalkeeper Lee Alexander. At the other end, a cross from Megan Foley hit the frame of the goal. 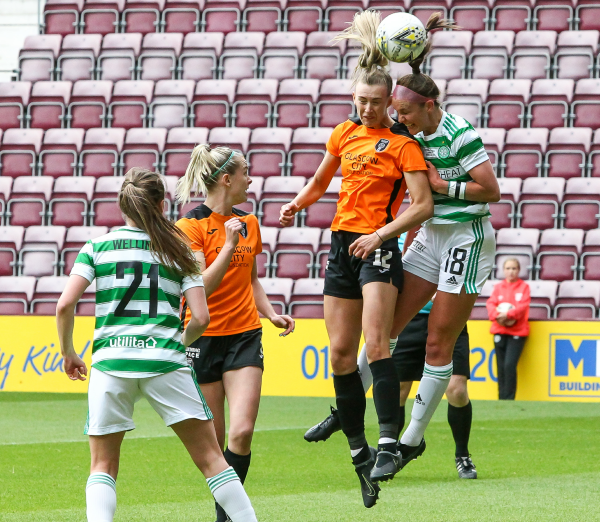 The deadlock was broken on 19 minutes and it was Celtic who took the lead. Clarissa Larisey made a good run down the left, drawing three opponents towards her, before laying the ball back for Jacynta Galabadaarachchi who clipped a diagonal ball over the City defence for the oncoming Mengyu Shen to take a touch before firing a powerful strike past Alexander at her near post.

City were forced to replace Mairead Fulton with Niamh Farrelly but their response to falling behind was an impressive one, getting themselves back on level terms within five minutes. Hayley Lauder floated a free kick into the area from the left and Jenna Clark ran in to bundle in the equaliser with her knee from six yards.

Joy for Clark, though, was to turn to anguish shortly afterwards as she was adjudged to have brought down Larisey following a strong run into the area. Jacynta had fired a shot over the bar but play was brought back for the foul and a penalty was awarded. Wellings stepped up and showed good composure to send Alexander the wrong way from the spot to give the former Birmingham City and Bristol City striker her 40th goal of the season.

Once again, City reacted well and got back on terms four minutes later with a penalty of their own. Abbi Grant broke down the right and a dangerous low ball into the area, where Priscilla Chinchilla was tugged back by Jodie Bartle. The Celtic defender was shown a red card for the foul, somewhat harshly, before Lauren Davidson beat Rachael Johnstone from the spot to ensure that the scoreline was level at the end of a pulsating first half.

City looked to be the favourites due to having the extra player but Celtic re-organised matters to deny their opponents from getting in behind them and restricting chances. Just before the hour mark though, City almost went in front for the first time as Lauder floated a delightful cross into the area from a corner, Clark rose highest at the far post where her downward header looked destined for the net but Johnstone dived to her left to pull off an outstanding save. 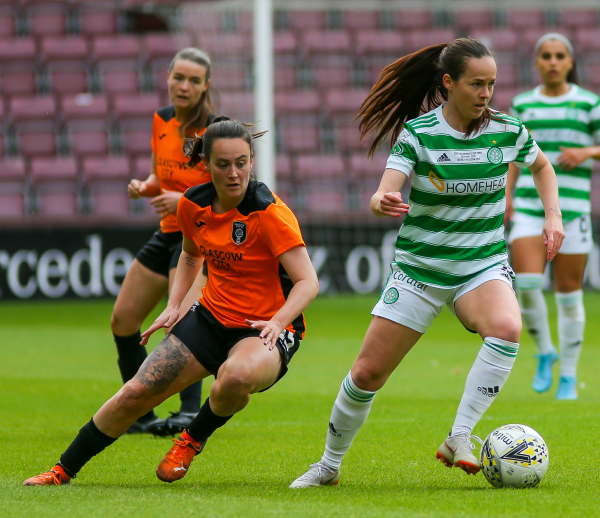 Back came Celtic and a long ball forward by Larisey was latched onto by Olivia Chance who made her way into the area but sent her shot just wide of the far post.

Johnstone again pulled off an excellent stop to keep out a great strike by Davidson from the edge of the area but just two minutes later, Celtic had a glorious opportunity to go back in front. Jacynta’s pass over the City defence was chased down by Wellings who beat Alexander to the ball but for once, the striker’s composure let her down and she blazed wildly over the bar with the goal gaping.

As the game entered injury time, it was City who almost snatched a winner. Davidson broke down the left to send in a teasing cross and the ball broke for Ode Fulutudilu who looked destined to score but a superb block by Celtic captain Kelly Clark deflected the ball over the bar.

Celtic hit back and with the last kick of the game, Izzy Atkinson’s strong run into the area ended with her shot being blocked away by the outstretched leg of Alexander. The whistle sounded moments later and the match went into extra time.

With the players on both sides rapidly tiring, the pace of the game inevitably slowed down in the extra period and chances were fewer during the first period as a result. Celtic did have the ball in the net on 103 minutes but play had been halted due to a City injury in the area, meaning that the scoreline remained level going into the last period of play.

Penalties were beginning to loom on the horizon but with eight minutes remaining, Celtic were to take the lead for the third time. Sarah Harkes worked herself some space in midfield before finding Atkinson with a shrewd pass and the striker’s first touch was excellent to take her through on goal. Atkinson kept her cool to slot the ball past Alexander and spark off wild Celtic celebrations.

City tried once again to level the scores and threw players forward in the last few minutes but a determined Celtic defence, marshalled by Clark and the impressive Caitlin Hayes, kept them at bay and they managed to safely negotiate three additional minutes to secure a hard earned victory. 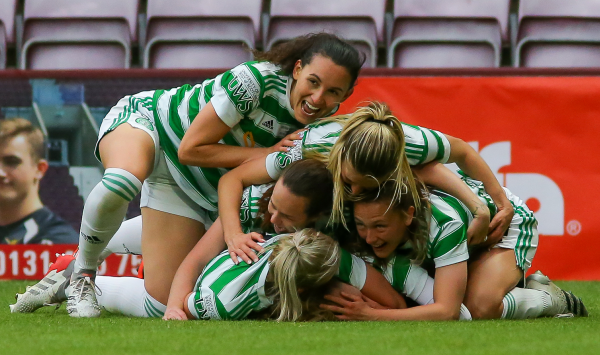 Celtic therefore ended the campaign with two trophies and a third place finish in the league, whilst City will undoubtedly be back and remain major contenders for silverware in the future. 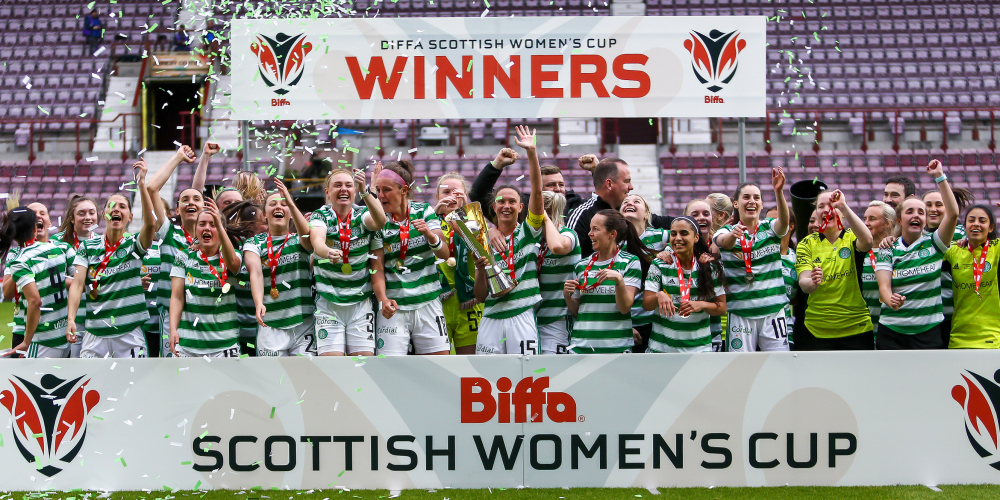