Manchester City Football Club is delighted to announce the signing of Venezuelan international Deyna Castellanos on a three-year deal, subject to international clearance. 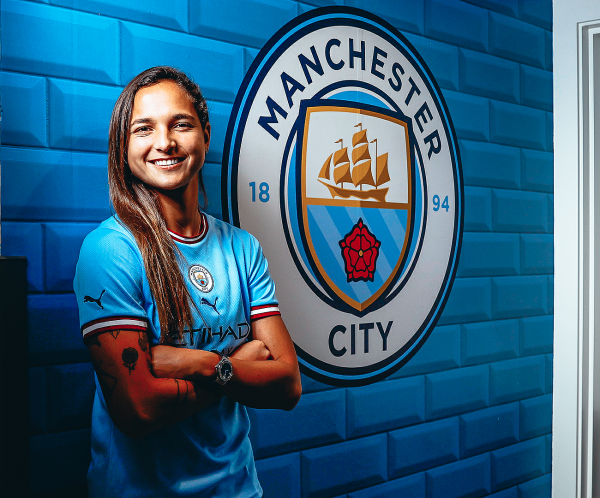 An incredibly exciting young talent, the 23-year-old will officially join the Club on 1st July following the conclusion of her current contract with Spanish outfit Atletico Madrid.

Born in Maracay, Venezuela, the striker spent the formative years of her career with Escuela de Futbol Juan Arango in her homeland, before moving to the United States in 2016 for university, where she spent three years playing for Florida State Seminoles.

Her goalscoring record in the Sunshine State – 48 in 82 appearances - caught the attention of many, including FIFA who shortlisted her in the final three nominees for the 2017 FIFA Best Women’s Player of the Year award, alongside Carli Lloyd and Lieke Martens.

In 2020, she earned her first professional contract with Atletico Madrid and over two-and-a-half seasons, played UEFA Women’s Champions League football, scoring 23 times in 58 outings. She also played a key part in the team’s Supercopa de Espana Femenina success in 2020-21 and helped the team to a fourth place finish the following season.

Castellanos started representing her country at the age of 14 and won the Golden Boot as the team finished fourth in the 2014 Under-17 FIFA Women’s World Cup, securing a number of other accolades during her time in their youth ranks.

Called up by their Under-20 team in January 2018, she impressed in the South American U20 Women’s Football Championships and was fast-tracked to their senior set up just three months later, scoring on her debut against Ecuador in the Copa America Femenina.

Netting four times in an 8-0 win over Bolivia just days later, Castellanos was named captain of the national team in 2021 and has held that mantle ever since, scoring 12 times in 25 appearances. 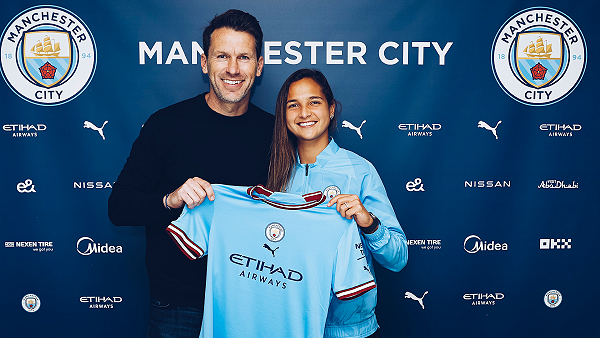 Speaking about her move, she said: “I’m very happy to be a Manchester City player – it is a huge move for myself in my career and I can’t wait for it to begin.

“Looking around at all the facilities here, it is just amazing – I believe that this Club will help to improve me as a player, and I hope that I can help Manchester City too.

“The style of football that the team play was very attractive to me, and I feel as though I can fit in very well here, whilst also being challenged to develop and grow.

“I have chosen the No.10 shirt too as I played with that number in college and scored some great goals wearing it, so hopefully I will be able to create many more good memories with it here at City.”

Head Coach Gareth Taylor added: “We’re thrilled to have Deyna on board – she is a player we have admired for a long time and we’re so pleased that we have been able to finally bring her to the Club.

“She is an incredibly exciting player and her inclusion in the FIFA Best shortlist at just 18 speaks volumes about her impact on the game at such a young age and what a talent she is.

“She has a real hunger and desire to be highly successful on the pitch and we’re very much looking forward to working with her over the coming years.”