Assistant coach Ben Cooper takes us through their superb achievement and title success:

“Going into the season, we really didn’t know too much about any of the teams other than MAP, Torquay and Bideford as they are fairly local. The other teams were relatively unknown to us, so we just approached each game with the mindset that if stuck to our game model, we would be able to compete with anyone. Our season in the Premier Division was a tense one to say the least. A lot like Man City and Liverpool, both us and Ilminster barely blinked all season and it went to the final day. They really did push us to the wire, along with Sherborne Town.

In terms of important results, both of our games against Ilminster were vital. We drew 3-3 with them away from home early on in the season, thanks to a Lucy Solloway hat-trick, although we concede an equaliser in the dying minutes.

The league postponed a few games over Christmas due to covid which meant that on 21st January, we played our first game in six weeks at home to Royal Wootton Bassett. With 75 minutes on the clock, we were 4-1 down and looked dead and buried. Somehow, the team managed to get the three points with a 93rd minute winner from Chevonne Johanning. Looking back, I think that this instilled a real ‘never say die’ attitude among the squad. This is where the players really started to believe that we could win the league.

On 20th March, we struck a 92nd minute equaliser away to Torquay after the hosts played nearly 70 minutes with ten players, having had their keeper sent off early on. Without that point, we would have finished second.

Then, with perhaps our best performance of the season, we beat Ilminster 3-0 at Poltair Park to inflict a first defeat of the season upon them in late March. That victory really gave us the confidence to go on and win the league. From there on out, only a little slip up against Sherborne really gave us a fright. The girls were absolutely superb in terms of holding their nerve. Our average squad age in the title run-in was just under 21 years old and nobody in that squad had been under that type of pressure to win, where a draw was as bad as a defeat. We finished the season with a superb 4-0 win to wrap up the title away to Forest Green Rovers.

Our top scorer for the season was our centre forward Charlotte Whitmore who bagged 35 in all competitions, and winger Lucy Solloway also netted 22. Our manager is Simon Parnell and his assistant is Ben Cooper. Both joined the club together in 2019 after Simon approached the chairman about creating a team.

Obviously, the players and management team are the ones who got the job done on the pitch this year, but there are multiple people throughout the club who have made it all possible:

Firstly, the Chairman, Jason Powell, who has backed the team through thick and thin over the past 3 years. His army of volunteers around the club are unsung heroes- a special mention to club secretary Tracey Banfield and board member Rob Newport who both help matchday run as smoothly as possible.

Also, as previously mentioned, we have an incredibly young team and the support of the players’ families has been absolutely super this season. We have travelled over 1,000 miles on away trips this season and they have been with us every step of the way. We have a real family feel to our club and that is really special to us- it’s something you don’t really see with the women’s teams that are attached to the big men’s clubs.” 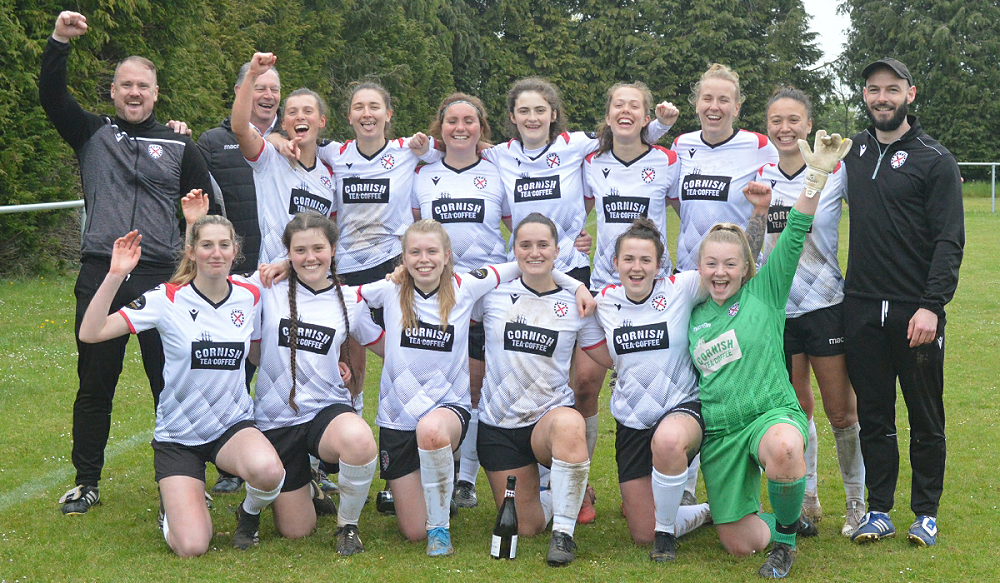