Durham Women FC are delighted to announce that they will be transitioning to a full time training model ahead of the 2022-23 season.

Having operated using a hybrid model in recent years, the club will now take the next step in their progression as they prepare for the new campaign.

Durham are also currently recruiting a number of additional new full time staffing roles to support the first team playing squad and that of the new Barclays FA WSL Academy squad. The club will continue to train at the state-of-the-art facilities at Maiden Castle and are scheduled to return to training in early July.

Commenting on the move to a full time model, Lee Sanders said: "This is a hugely positive step and the natural one for the club to take as we look to build on the successes we have had in recent seasons.

“It's the right thing to do for the players and our staff and gives the younger players at the club the knowledge that this is something they can pursue as a career at Durham.

"Naturally, there will be some player movement as a consequence of the decision - not everyone can train during the day - and we of course will thank those players for their time spent at the club.

“However, we are excited about new players who will come in and be announced in due course - as well as the promotion of young players from within the club pathway.”

Club captain Sarah Wilson added: “It’s incredible and so exciting for the club.

“There has been so much work gone into making this happen, and I am very grateful to have the opportunity. It’s something that I’ve dreamed of being able to do since I first started playing when I was eight years old.

“Personally I didn’t think I would ever get the chance so it’s an opportunity that I’m going to grab with both hands.

“Of course, the downside is that there will be some movement. This is the nature of the game and that’s football.

“But the direction this club is moving in is something to be very excited about, especially for our younger players coming though.”

A number of players have already committed to the club for the 2022-23 season, and details of these will be announced in due course. 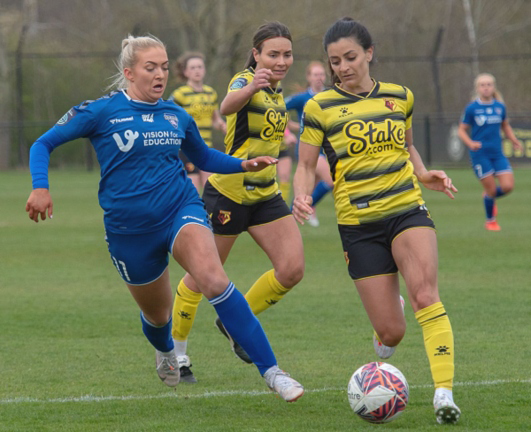