The Lionesses, led by captain Leah Williamson and supported by vice-captains Millie Bright and Ellen White, will be competing with Europe’s leading nations for the chance to claim the trophy at Wembley Stadium on Sunday 31st July. The tournament gets under way on the evening of Wednesday 6th July with England taking on Austria at a sold-out Old Trafford, Manchester.

There is a strong blend of experience and youth in the group. Jill Scott is included for what will be her fourth EURO after she took part in the 2009, 2013 and 2017 editions. England’s all-time leading scorer White, on 50 goals, will be making her third EURO consecutive appearance.

The head coach had to leave out five players from the provisional 28-strong group that has been preparing at St George’s Park for the finals. Steph Houghton and Lucy Staniforth, who have just returned from injury, along with Sandy MacIver, Niamh Charles and Katie Zelem have missed out on the 23 but changes can be made until 26th June.

Wiegman said: “I am excited by what is possible for this group. We all know this is a huge opportunity and it is one we have to grab with both hands. The chance to represent the nation on such a big stage on home soil is one to relish. This group so far has proven they are prepared to give it all they have in every training session, in every meeting and in every game.

“Making the final selection is always difficult because we know the talent and commitment of every single player. All 28 players have all been superb on and off the pitch, since I started. I am certain those we have had to disappoint will give everything to support us and be ready if called upon.

“Of course, we hope to avoid any setbacks before we start against Austria but we know where we can turn in case we need a replacement. Togetherness is a big part of what we are all about and from every player in the squad to my superb support team, and with the strong backing of everyone at The FA and our fans, we are committed to make it a summer to remember.”

Singer-songwriter Joy Crookes teamed up with a host of famous faces including David Beckham, Alex Scott, Ian Wright, Fara Williams, Sky Brown, and Rio Ferdinand to release ‘Our England’, a film that celebrated the squad announcement. Crookes’ lyrics reflect on the journeys that each of the players have travelled to reach this moment in their career building the sense of excitement and renewed hope that comes ahead of a major tournament.

The film stars young aspiring player Rahima, an 11-year-old graduate of The FA’s Weetabix Wildcats programme, a programme designed to give girls the chance to play football for the very first time, to have fun and make friends with other girls their own age. The film follows Rahima in her pursuit to complete her England sticker book and reveal the squad with the help of the famous faces and others who have helped shape and define the fabric of women’s football today. 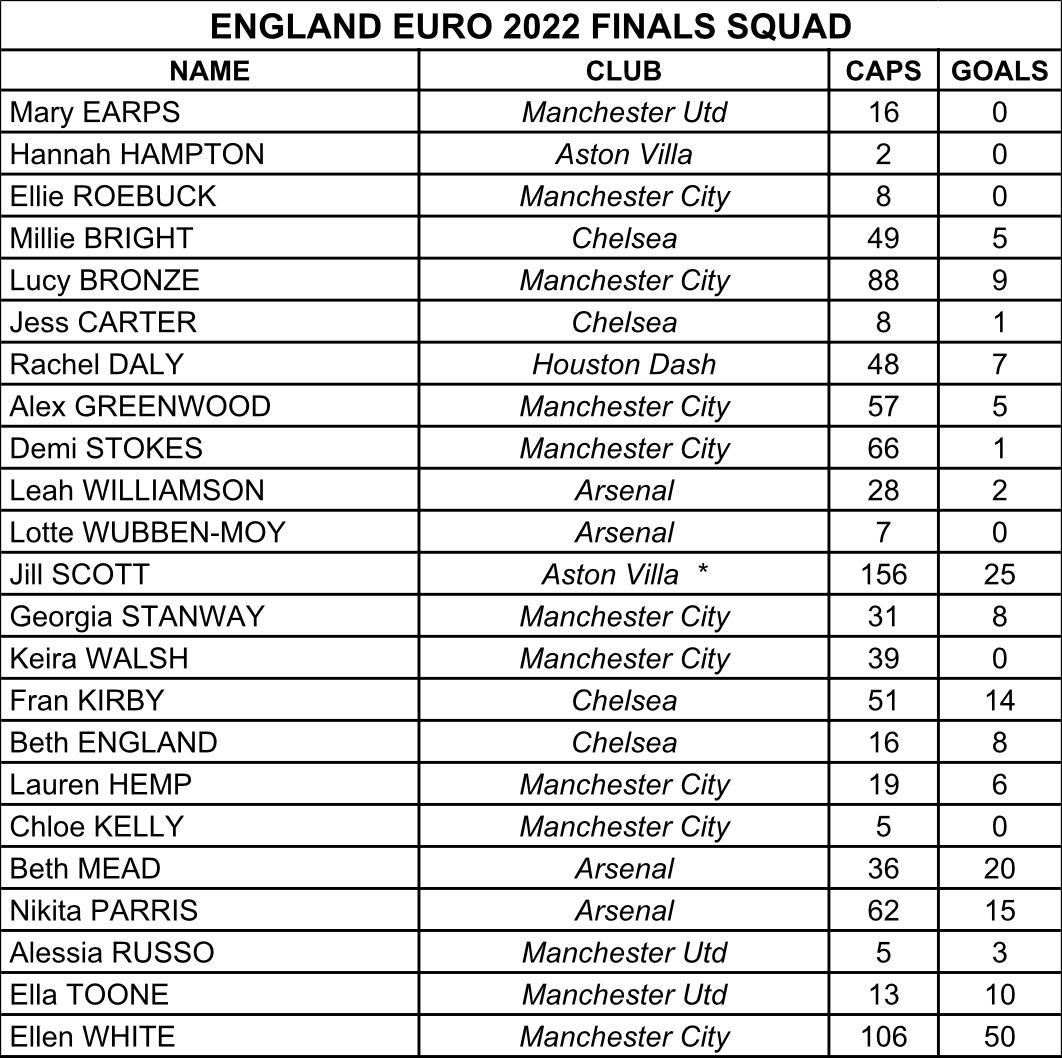