This season has been a great season for York City, winning both the League and the County Cup, and they can look forward to FA Women’s National League football next season after being crowned North East League Champions.

York got off to a flying start in the Premier Division of the North East League and raced to the top of the table, remaining unbeaten in their opening 13 matches. Indeed, they only lost two games in all competitions in the entire season, once in the FA Cup and the other in the league following an absence from action for 49 days.

York led the Premier Division table from early October and eventually finished eleven points ahead of runners-up Ossett United and were crowned league Champions on a remarkable day for the club, ten minutes before the end of their County Cup Final against Redcar Town, which they drew 1-1 before winning 9-8 on penalties to clinch a second trophy on the same day.

In terms of standout results and performances, there have been plenty this season, including beating local rivals Harrogate Town twice, 5-1 in back-to-back league fixtures.

Chris Hamilton, who has since left the club, was the manager for the successful campaign, assisted by Lee Robinson and Steph Fairless, who has recently been appointed as the new manager. Nikki Brown captained the team to both trophies and top goalscorer was Sophie Tinson with an impressive 40 in all competitions, including 34 in the league, whilst Holly Findlay and Shannon Durkin also reached double figures. However it has been a real team effort to get the club promoted to the National League and win the County Cup. 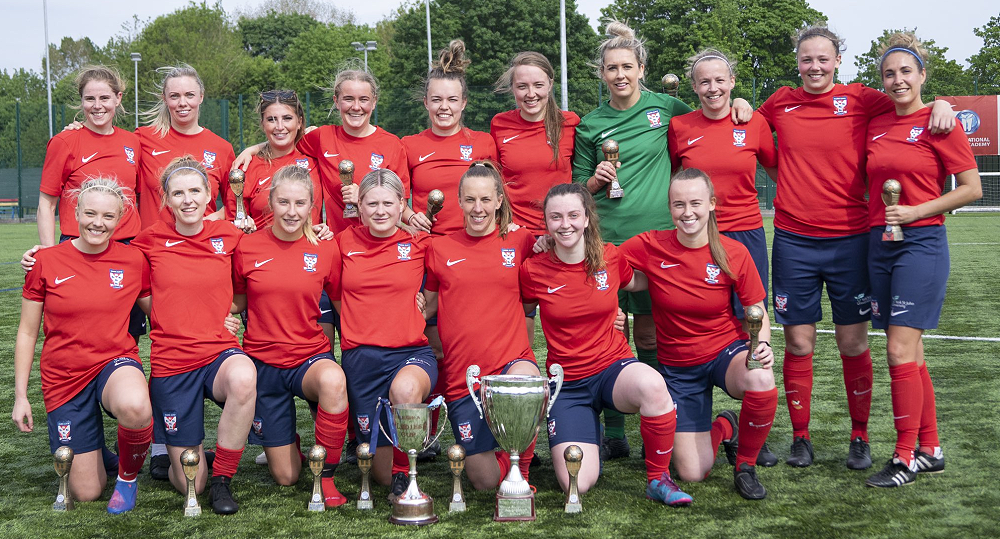